Another good lesson for some EBR members that have not run dual or triple chainrings... thanks for sharing.

The chain was severely twisted but could be salvaged in an emergency with a chain tool and few spare links.
J

FlatSix911 said:
Another good lesson for some EBR members that have not run dual or triple chainrings... thanks for sharing.

The chain was severely twisted but could be salvaged in an emergency with a chain tool and few spare links.
Click to expand...

When he said that he uses small front chainring for most of the time I thought about cross chaining.

Happy that nothing serious happened.

On a side note I prefer 2x setup to 1x setup on the road. Much better range and easier to keep the chain straight.

Well damn, Johnny, why didn’t you say so?

Help a brother out!

Johnny said:
When he said that he uses small front chainring for most of the time I thought about cross chaining.

Happy that nothing serious happened.

On a side note I prefer 2x setup to 1x setup on the road. Much better range and easier to keep the chain straight.
Click to expand...

I was an old school roadie with a big Triple upfront... 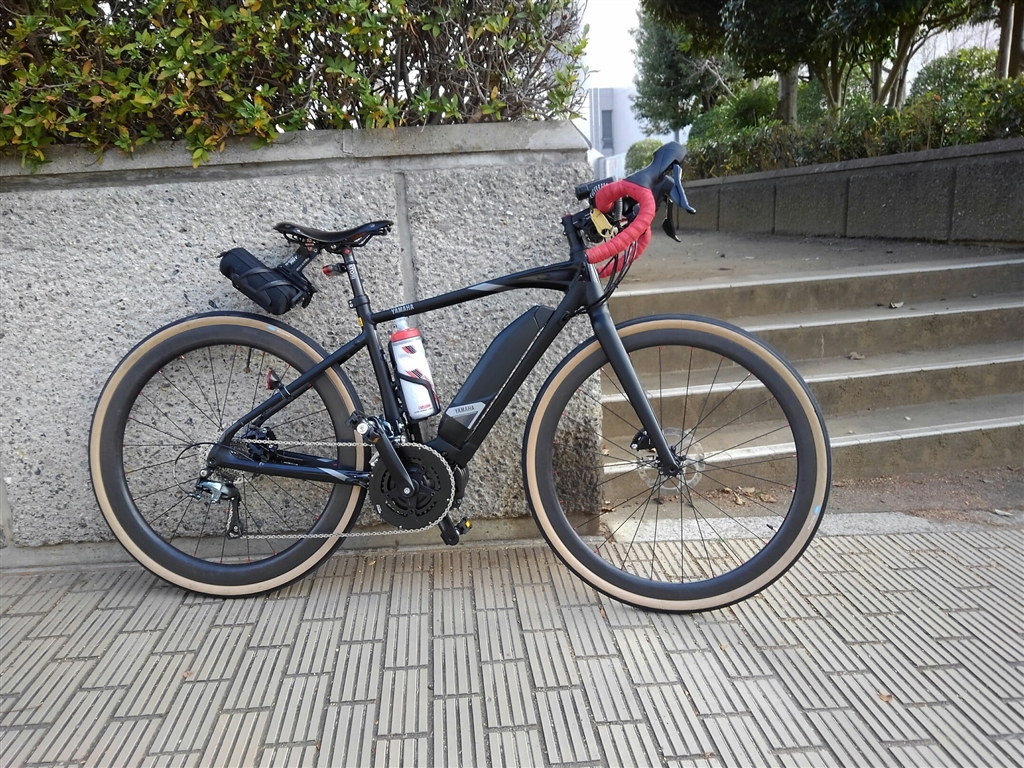 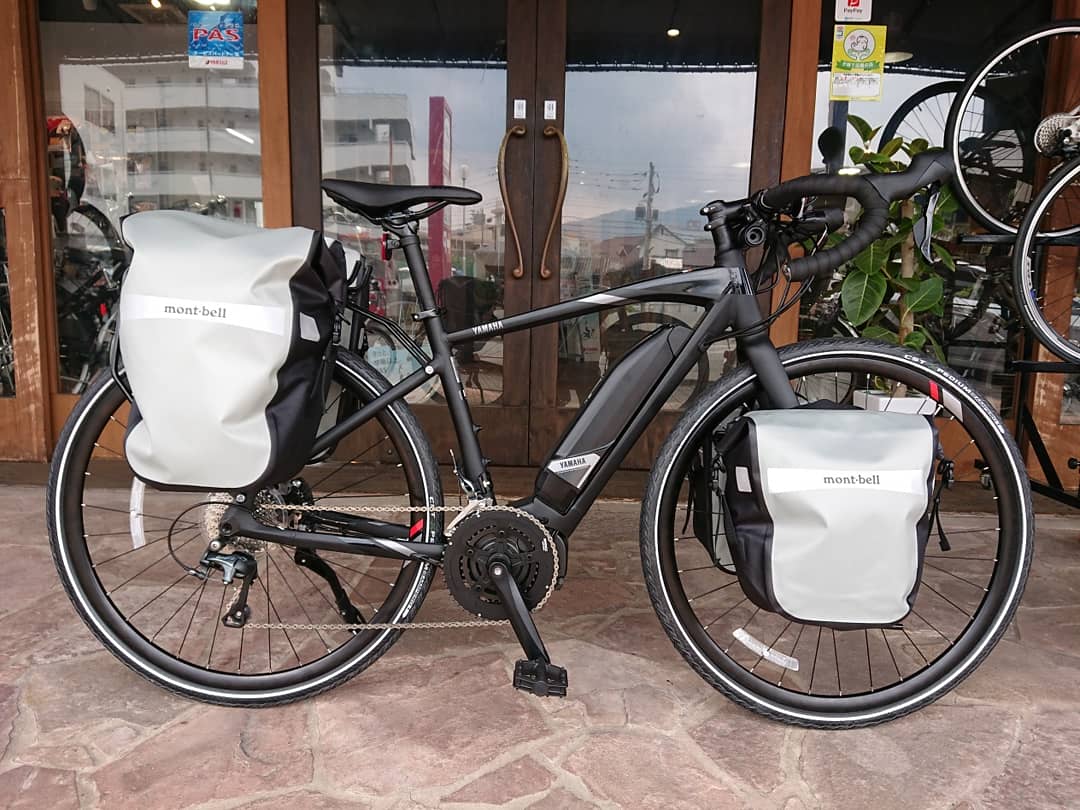 Sorry, didn't think that it would bend the chain that much.

On a side note Civante looks like a very nice bike hits the right weight/performance ratio.

Well done... I like the retro gum wall tires with the brown saddle and bar tape. Timpo, you just got a Civante?

I really like this bike. I hope Yamaha starts selling them in Canada.

I’m thinking that’s an Urban Rush he’s tricking out... CIvantes are white. Whatever it is, it‘s a nice setup!

Saratoga Dave said:
I’m thinking that’s an Urban Rush he’s tricking out... CIvantes are white. Whatever it is, it‘s a nice setup!
Click to expand...

That’s definitely an Urban Rush. I’d like to know how to get front panniers on the stock fork.

I was rereading this thread this morning for some reason, and I see it is time to toss in the 1200 mile review on my Civante.

All is well. I continue to really like this bike. It’s two or three days on the Giant ToughRoad and the gravel bike paths, then two or three on the Civante and back on the roads. Hunting season is coming up, which will keep me more on the roads, so the Civante will get a nice boost in miles before the real winter shows up and it goes to the basement. I’ll ride the gravel bike every chance I get during the winter, if I do get any at all.

I have been running the Topeak V beam seat post mount rack with one of those really nice Topeak trunk bags, but damn, I’m too old to be kicking my leg up like a Rockette to get over that trunk bag every time I climb on and off! I finally got the extra framework piece that hangs on the rack and drapes the wheel so panniers won’t fall into the spokes. Now I’m running a smallish set of panniers to keep a windbreaker, the tool stuff, spare gloves and everything else. It is much easier to live with, though I hate to see that snazzy Topeak bag sitting on the garage shelf.

Bike itself? Great stuff. Still spending most of my time in the base +Eco, though Eco use is always sort of sneaking up. I can charge along very nicely in Eco, still doing a good bit of the work myself, but covering a lot of ground. Standard assist? Terrific on serious hills. We don’t have a lot of killers around here, but there are plenty of 13 to 15 percent ones around that are a lot of fun to ride up on this bike. I was in New Hampshire the other day riding around a lake and found a private road that was so steep that I just had to try it, and once I got to the top I had a hell of a time getting back down because I couldn’t control the rear tire grip... all the weight was on the front. Almost had to walk down. But going up was pretty astonishing.

No quality control issues, no surprises. The only problem I’ve had was my own fault, the cross chaining event noted earlier. Since then the bike just performs. It is just so much fun to get out on the farm roads all by yourself, especially now with the colder weather. Great, great riding. Three thumbs up to Yamaha.
L

I got 950 miles on my Civante and just love it. I run it alot in High mode because I like going fast. My only complaint is the noisy rear derailer

I figure if I start running in Standard or High mode I’ll never be able to make myself go back to the lower ones! I still enjoy doing as much of it myself as I can. Won’t last forever, unfortunately.

I do find that it clunks pretty heavily when shifting at higher assist levels. That’s just all that torque hitting the cassette at once. If I back off the pedaling right at the moment of shifting, it damn near goes away.
J

I'm at 500 miles and really have nothing but praise for the bike outside of the stock pedals. Those can be changed. The motor and tuning are just about perfect. I spend most of my time in Eco+. If I spent any significant time in standard I'd never go back. It's just too damn fun.
T

Thanks to all the good insight here, I'm now 3 days, about 75 miles, on a new Civante.. couldn't agree more about the benefits and fun of this bike... another eco+/off rider, except for hills - but I hope I'll be able to stick to that

. So far actually haven't seen any difficult shifting in the front derailleur and do prefer having the gear range so I can use the motor less... the battery range has been great so far.... anyway, do appreciate all the info here, thanks.
D

Nice to see all the comments and enthusiasm in this one thread here. As one of many dealers for Yamaha, we have all been hankering for a 28 mph version of their nice builds. I really wish it would have included their Cross Connect, that has a more suitable recreational and commuter type build to it, including fenders, rear rack, full light set, and front suspension. Again it’s not that most riders need to hit 28, but rather would prefer not to lose assist right at 20 mph. The Civante’s a nice start though. Just hope it doesn’t take another 2 years of waiting for another model of Yamaha to become Class 3. A step thru model seems out of the question right now... just a very conservative company. Sort of ashame, as they are missing a massive opportunity, that firms like a Giant who use Yamahas motors are just gobbling up more sales that become more references for guys and gals alike.
Last edited by a moderator: Oct 31, 2020
You must log in or register to reply here.

A Little Self Indulgent Comparison Test

Aug 24, 2020
Iridebikez
I
I
Tips and tricks for Yamaha care and maintenance?