Another article just posted on Electrek... with a bit of a misleading title.

Should read: Assembled in the US with parts from worldwide suppliers.

Now, of course, an American-built electric bike isn’t made solely from American-sourced parts. Like any vehicle, Electric Bike Company’s e-bikes have an international supply chain. German-made Continental tires, Taiwanese-made Tektro Dorado brakes, Korean-made Samsung battery cells, and other parts are all combined to create the final product. But by performing as much of the process as possible locally in California, Electric Bike Company has been able to remove the weak points normally found on cheaper imported e-bikes.

After seeing the problems with inconsistent wheel quality, Electric Bike Company invested in wheel building and truing machines. And they don’t just lace the motor wheels, they even lace their own front wheels instead of simply buying off-the-shelf standard bicycle wheels. That allows them to use their own choice of double-walled rims and Sapim spokes to build quality wheels that last for years (and help Electric Bike Company offer such long warranties). 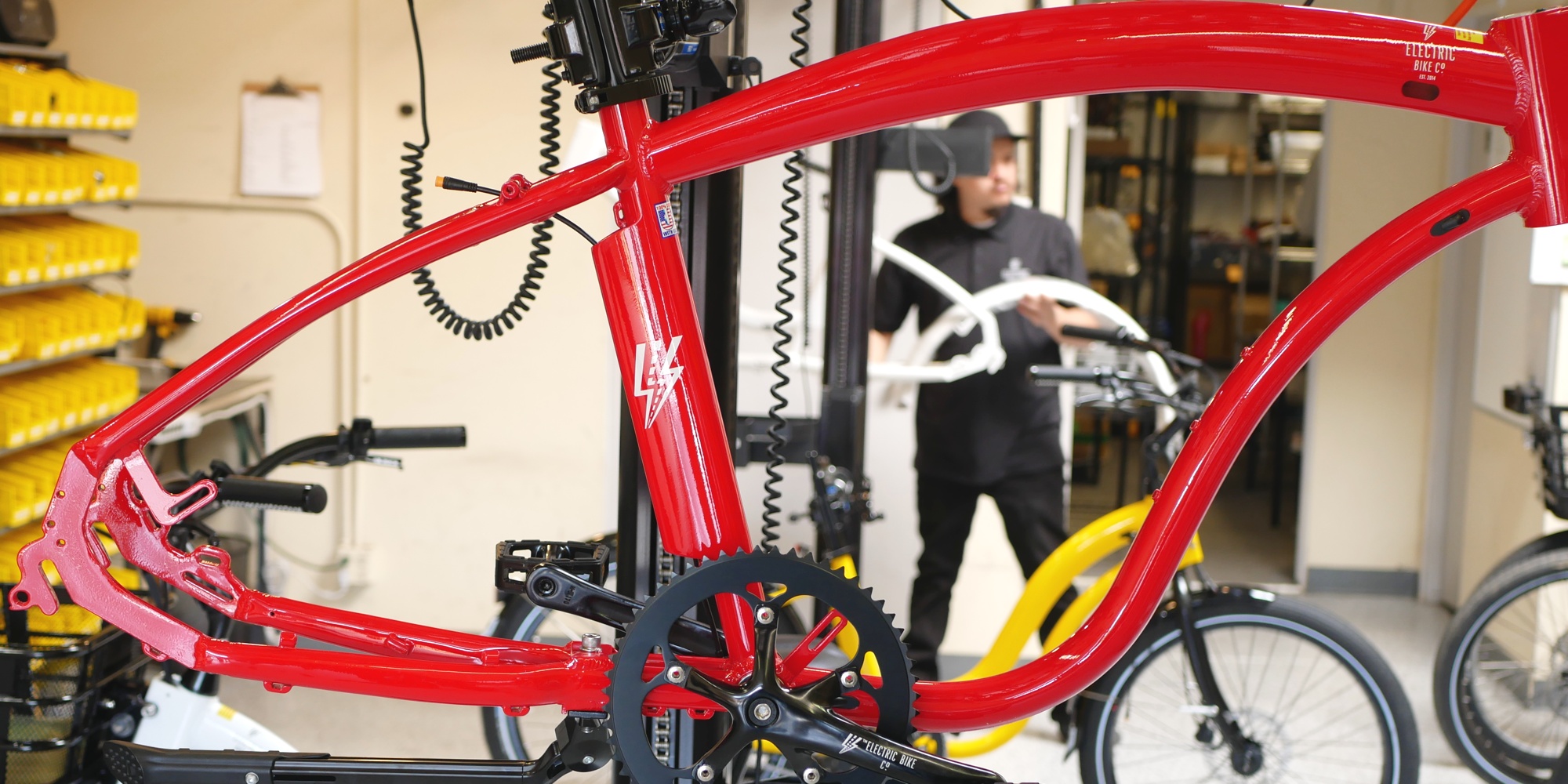 Electric bike company builds all their e-bikes in the US - here's how!

At a time when nearly every US-based electric bicycle company imports their e-bikes from Asian factories, one California-based company proudly builds its e-bikes locally. Newport Beach-based Electric Bike Company invited me out to its factory south of Los Angeles to see for myself what goes into...