I have a relatively new ebike, 300mi since Christmas, This M6oo motor seems to have 2 problems. The first seems ot be getting better, it use to cut out randomly after it warmed up. It would just stop for a second and then kick back in after a couple of revolutions. The PAS would just stop, but the throttle worked fine. Anyone have a clue. I am thinking the torque sensor.
The next problem is more of a bother. It is just very load when the running. LIke maybe it needs grease. I build a couple of other ebikes with Bafangs, The 500W and another with a 750 W motor. They made a bit of sound but not like the M600. I am really disappointed in the bike. Its a FLX trail and there have been a bunch of problems with it. If any one knows how to make it quieter I'll try it.

The only option I know for the M600 noise is the peek nylon gear that’s supposed to reduce the noise by roughly half. It’s $100 from Luna Cycles. 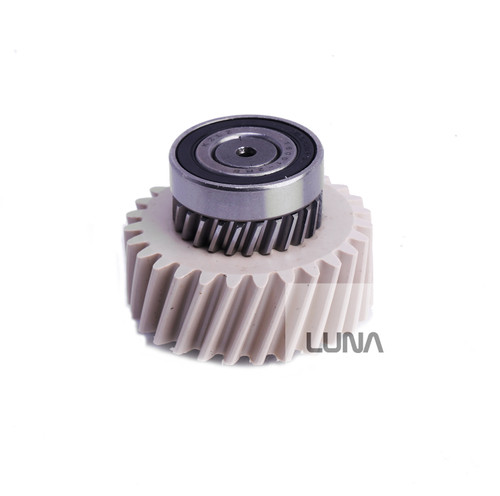 Yeah, get the quiet gear, it will be a life altering experience (greasing the metal gears won't really help with the noise, it's just a loud motor with the metal reduction gear). Sorry to hear you are having problems with your motor. My Ultra will intermittently cut out over bumps. I think it is either the shift sensor or brake sensors getting triggered, but sounds like your problem is more sustained and related to the motor warming up? What did FLX say, assuming you can get a hold of them? I have not heard good things about FLX support lately. Good luck!
S

Their customer service does suck The bike does ride well when it works right. The new motor does not seem to cut out but it is still noisy I might just live with until the warranty expires. My 2other bafangs 750 and 500 work well and quiet. Thanks

I have heard the m600 is a loud motor. Someone else mention that it did quiet down over time

I Was thinking of getting an flx Trail. Ora HPC Scout which uses the bafang 750

How did things work out for you?

Would love to get some advice thanks

Whatever you decide, for sure don't do business with HPC. I've read some nightmare stories. If you're going to overpay for a bike at least do it from a reputable company that stands behind their product.
You must log in or register to reply here.

Odd noise, or not?