I have been trying to pick the perfect ebike for my ~40 mile round-trip commuter. See Avid cyclist looking to reduce commute time
I actually have a deposit down on a Bulls Urban Evo 10 with the Bosch Gen 4 mid-drive motor (available in ~1 month). Court's review of the pre-release version of this bike about a year ago was very positive, I have ridden several Bosch Gen 4 bikes and find them to be extremely impressive, and I think the Urban Evo 10 is a great looking bike.
However, I had originally been looking at bikes more along the lines of drop-bar road bikes (e.g. Creo SL, Domane HP+, etc.) After a test-ride on a Bulls Urban Evo (previous model with the previous gen Bosch motor), I decided that the upright position would be fine, I liked that the bike is designed for commuting, and I liked the idea of pocketing ~$3k (vs Domane HP+).
Of course, not being available now gives me lots of time to think.
The Juiced CrossCurrent X would save another ~$1700 vs the Bulls Urban Evo 10 and comes with an arguably more powerful motor, bigger battery pack and front-suspension.
Primary downsides for me include the fact that I don't think the CCX is nearly as attractive, it weighs an extra ~15 pounds (which could partially negate the more powerful motor and bigger battery pack), and I have never ridden one.

Bosch has made a lot of motors - are the hub motors really more reliable?

I rode the round-trip commute this weekend on my road bike - total elevation was less than 1900' total over the 42 mile route. There is not a ton of stop-and-go, so I'm not super concerned about hub motors "limited" climbing or starting capability.

I don't have any experience with the Bafang hub motor, but I've now got around 500km on my new Cannondale Carbon Neo Lefty 3, which comes with the Bosch Gen 4 motor.
I can't say enough good things about this motor.

Excellent power, instant torque sensing, and phonetical battery range.
My Cannondale weighs 40 pounds and I usually ride around 25% of my rides without power. I can't comment on the Gen 4 motor in the Bulls, but on my bike there is very little, if any, drag from the motor.

I ride bikes with Bosch motors and have not owned a rear hub bike so my experience is limited.

My only advise is, you are not buying a bike for fun or fitness but rather to rely on to get back and forth to work, a vehicle replacement. You are not a weekend warrior who can take a few extra hours to limp to the shop or home if the bike breaks down.

Reliability has to be your number one priority. Two areas to keep focussed on when assessing reliability are:

1 - the bike stuff, i.e. component quality, build quality and parts availability, if you are not into turning wrenches, who and where is the shop that will?

2.- the electrical side, motor durability, battery quality, reputation of manufacturer for service and parts, number and proximity of shops that can provide service,

It would be penny wise and pound foolish to skimp on the bike and end up late to work or miss a critical appointment.

If you go the Bosch route, you most certainly need a second charger and you would be doing at least 1 full cycle on your battery every ride day.
I would suggest you go with a bike that has two batteries. Trek has some and so does many others.

Trek Allant 8+s would be a better choice. For $300 more than the Bulls, you get slightly better components overall and the ability to have dual battery option. 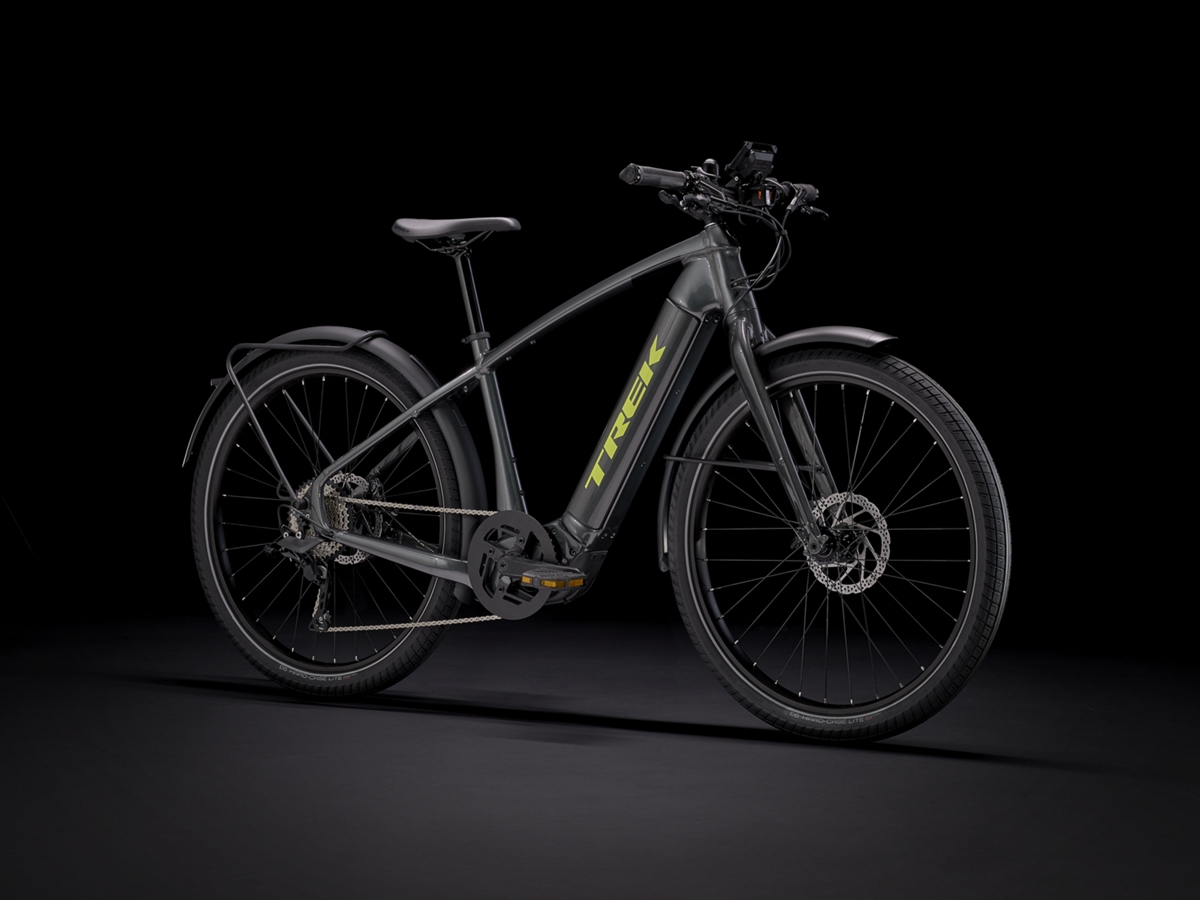 Bosch has great support with parts availability and you're good on that side. The CCX would be able to do the distance and speed without trouble but you are mostly on your own when it comes to maintenance.
CCX hub motor would put less stress on the drive-train compared to mid-drive motors, like you will be replacing chain and cassette every two months, which is not the case with a hub motor.
Juiced CCX has more power but the power delivery will lack the finesse of Bosch Gen 4. But, this is a nice bike as well.


It's more like buying into the iOS vs android eco system.

If you have an iMac, iPad, then it is a natural choice to go with an iPhone. Everything works seamlessly.

Bosch Gen 4 is like that. You could get a eMTB later on or a cargo bike and things would be compatible across the board in your bike stable.
T

Thanks @Alaskan and @Ravi Kempaiah.
@Alaskan - I am actually buying for both fitness and commuting, and it is highly unlikely that the bike will end up being my only commute vehicle. That said, your points about reliability and service are well taken. I am quite mechanically inclined, but I do want reliability. It is one of the reasons I am back towards "commuter" bikes with bigger tires and designed for commuting.
@Ravi Kempaiah - I definitely agree that a second charger will be required, one for home and one for work. However, the Bulls bike is the same from a dual battery option perspective. In fact, the Bulls Urban Evo 10 and the Trek Allant+ 8S appear to be awfully similar.

tbar23 said:
However, the Bulls bike is the same from a dual battery option perspective.
Click to expand...

I had a 2015 Bafang geared hub motor fail Hall sensors at 1,600 miles. My 2016 Haibike/Bosch Trekking S RX has 4,560 miles on it, no issues. I'm sure you would find the Bulls to be a much more refined bike than the Juiced. Bosch has a super nice natural bicycle feel with the torque sensor. The Bafang can have a delay and come on like a scooter with the cadence sensor.
You must log in or register to reply here.

I
First E-Bike! $4k Budget and I am confused with options