For several years I have been running w/ an Ixon IQ as my primary headlight for my various bikes. It is one of my favorite lights because of it's nice even beam pattern and sharp cutoff that doesn't blind other bikers. It runs on 4AA rechargeables and I usually go a full week on a set w/o recharging. With the Dash, I'm spending more time night riding than I did with my road bike though, so I wanted to get a backup, plus the Dash is fast enough at times that I start to reach the limits of the IQ's illumination.

Well it turns out there's a new version of the IQ, called the IQ Premium, and it still runs on 4AA but the optics are a bit more refined, so there's more effective light ahead (and they managed to make it wider too)

A problem I had with mounting my light on the Dash is that there is not much of a straight section on the stock bar -- it's angled one way or the other -- so the light was canted off to the side. The flat section is right in the center which is dominated by the control panel display and it's wide bar mount.

So I decided to get one of these accessory mounts (from AVT bikes): 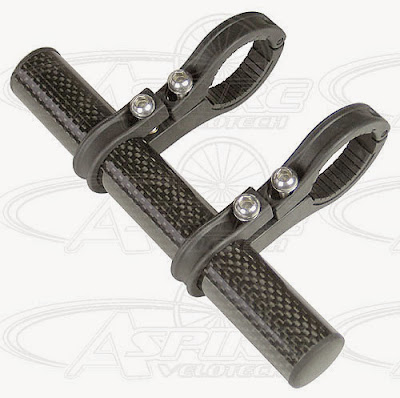 This solved the crowding issue, plus gave me a nice straight path for the light. Originally I though I would just keep a backup light in a bag, but this gave me the option of just mounting them both: 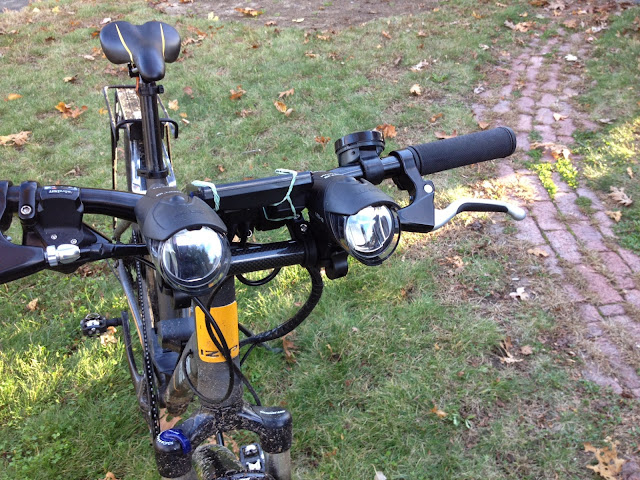 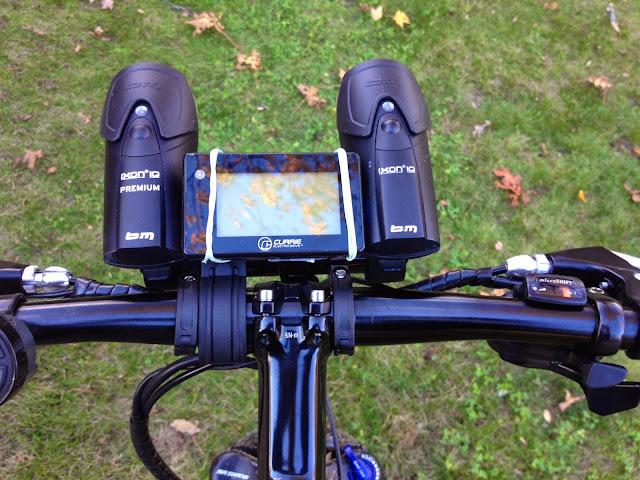 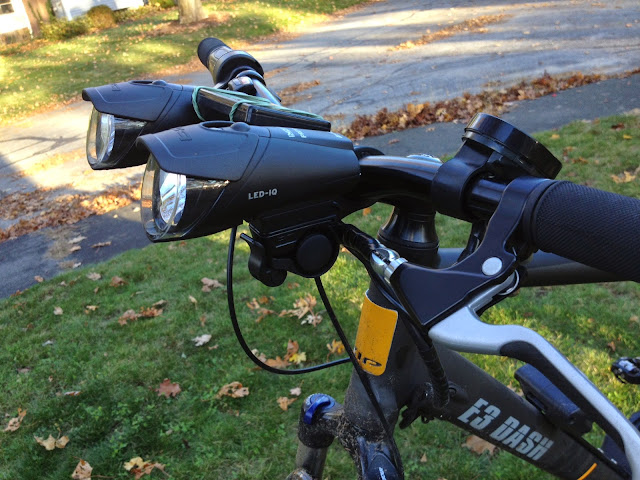 The new IQ Premium is even better than the old one, it's powerful enough on it's own for any of my riding. Running both is a nice option though, and a lot of my commute is on completely unlit path so it makes a difference.

Great suggestion and quite a solution. I run two lights as well and was not happy light pattern that resulted from the canted handlebar mounting.
You must log in or register to reply here.