I'm considering converting one of my bikes to e bike. I'm a cycle tech and have most tools at home.

So install onto carrera gryphon disc. I have upgraded to 18cm rotors front and rear.


I don't like it when bikes shoot off with acceleration that makes slow speed handling difficult for example slalom around corners. Do the bafang even on lowest setting pull away uncontrollably?

What UK dealers can you recommend that have good prices? I'll be looking at 48v models. I don't want it to slow down going up hills I will be pedalling to assist motor.

Anyone fitted bafang onto 18" bizango?

Also with risk of lipo with something happened recently I'd want to store the battery in a safe container.

Woosh only have the old BBS01 kits. I've posted on there but no replies.

I have bought a motor kit. plus a a couple of controllers from PSWpower in CHina. I just got a controller last week and it took less then two weeks to ship to the USA, with a reasonable $8 USD shipping charge on a $22 USD item.

As their aliexpress store has a warehouse in Germany as well as CHina, you may find something where the new Brexit duties won't beat you up. They also sell the TSDZ2, which is the motor kit I bought, except I never got around to using it.

I find PAS too dangerous to use. Too fast lowest setting (11 mph mine), too much acceleration (500 w). I use throttle exclusively on the berm of State hwy 3, which narrows down to 6" and 0" some places with a 6" deep rut between it and the main pavement many places.
Torque sensing is supposed to be more natural in feel, but I've never seen a controller stocked in the US that has an input for it. The controllers I do find on ebay have "speed input" that has a different connector than the plug on the throttles I can buy. That connector is probably for sale on ali in quantities of 100000, if you have the dies for the terminal crimping machine. It doesn't have a name.
R

indianajo said:
find PAS too dangerous to use. Too fast lowest setting (11 mph mine), too much acceleration (500 w). I use throttle exclusively on the berm of State hwy 3, which narrows down to 6" and 0" some places with a 6" deep rut between it and the main pavement many places.
Torque sensing is supposed to be more natural in feel, but I've never seen a controller stocked in the US that has an input for it. The controllers I do find on ebay have "speed input" that has a different connector than the plug on the throttles I can buy. That connector is probably for sale on ali in quantities of 100000, if you have the dies for the terminal crimping machine. It doesn't have a name.
Click to expand...

Have you altered the two options with programmer cable? I think one is startup current

I have a Specialized Crosstrail that I have installed a BBSHD mid-drive kit. I don't find the bike "shooting off" with a lot of speed from a stop with the throttle. In fact, in stock form the throttle is linked to the PAS setting. If you are on PAS 1 you can only go as fast as you PAS 1 would ever allow. PAS 0 you have no throttle at all. All of this is configurable via software with a programming cable if you wish. However, the kit comes with 5 levels of PAS but you can change this to 9 PAS levels through the display on the bike - no programming cable needed.

Before I installed the Bafang mid-drive kit I had previously installed a 750w rear-hub drive kit. On that bike the throttle was not at all linked to the PAS setting and you would "shoot off" with the throttle from a dead stop. (Which I quite enjoyed.)

Also, Bike Lithium batteries are very safe and certainly do not need stored in a sealed case or anything.

You will need some of those bike tools to complete the install - and when ordering you need to know the Bottom Bracket size: 68mm, 73mm or larger. It really is as easy as removing the pedals, the crankset, the BB and slide the motor into place. Installing the speed senor, shift interrupt, battery cradle and display is super straight forward and easy. For me the most difficult part is placing everything on the handlebars, arranging all the wiring and making it look good with 1578 zip ties... well, it seems like that many. I had a Bafang on a similar bike, a Specialized Chisel. It ate the 11-speed in three weeks. And after the initial thrill it was not all that fun. Surge and lurch. Lag and punch. So I sold that to a disabled guy and went for a smoother and smaller torque sensor motor. The thru-frame of the wiring and rear hose took some reworking. I dropped it to a 9-speed because of the thicker components. And installed a gravel bar. It is a great bike. It feels like the $9400 bikes and not like a bolt-on kit. Look at the wires. Does it look messy?
Good luck!

I keep reading these Lurchin' Bafang threads. It's been a while since I could ride. Today I went out and decided to see if I could make my BBS02 surge. I got mine from Bafang USA a year ago. It's new, whatever that may mean. Newish. OK, I can do anything I want with the throttle. If I am in PAS 1, it waddles off the line. Around town, I stay in a small rear sprocket, what I call a high gear. I can go any speed I want. I tried going from 16 mph to 14 mph, and it was very easy, very smooth. At PAS 5, it is quicker off the line, but I have no need for speed.

My setup? Anyone could use it with a throttle. In PAS 1 I just move the pedals to get going, then coast a bit. To stop, I use the brakes. Sometimes I use the brake and PAS as a kind of clutch.

I did buy a Bafang half twist throttle. Third try on throttles. There seem to be a bunch of vendors and it seems to be the official version. It's flawless, for me. Whatever I want to do. Maybe there was a change in the controller. I use stock, don't have the cable, but I reset the PAS levels to 9. I found that helped, a bit, for going slow. Biggest problem I have is the LFP pack I use/made stays at a high voltage and the PAS is amps based, so I'm going faster than I would be with a 48v Lith. At PAS 1 I get around 5 amps which enough to be a little harsh on rough dirt roads. But then I use the throttle.

I'll be fitting onto 9spd. What other kits have torque sensor?

I've had a go of a Pendleton somerby and Carrera crossfire. I don't Ike the surge effect.

rccarguy said:
I'll be fitting onto 9spd. What other kits have torque sensor?

I've had a go of a Pendleton somerby and Carrera crossfire. I don't Ike the surge effect.
Click to expand...

I use this one most often: TongSheng. Or TS. See what other's say. If you want to see some photos and the size of the motors go to PedalUma.com. I am in California, only local. Just letting you know that there are options for you. Get a six pin and do not install the speed sensor, chop it off, seal it, tucking the wire inside the secret compartment behind the chain ring. Set wheel circumference at 100cm and speed limit at 45Km. The six-pin does not allow for a throttle or cut out levers. With a torque sensor the throttle is in your feet. Supper intuitive. Use the thumb sized display.

Lighter than BBS01 or BBS02, and it comes with torque sensor instead of cadence sensor.
R

I have been using the TSDZ2 on most of my builds for four years. My first builds were all Bafangs. Now these are very rare. These hefty Bafangs are for the disabled only, or the occasional porker on a 2.5M long cargo bike. Or people who do not really like bikes. Someone who stepped on an IED and lacks a leg and spheres needs a hand throttle. I get it. And am happy to help. A torque sensor that is lightweight is so much better. These better bikes are acoustic electric. Not electric motorcycles, lurchy, hefty with no feel, like a player piano and not a real piano that is amplified, enhanced.

Nice of you to point that out. Yeah, patent infringment. By... three guesses?

Supposedly a group of guys from The Big B started a new mid-drive company a couple of years ago. Haven't heard much about it. Maybe they all had skiing accidents? US guys seem to be counting on CYC, but they are pretty high performance. 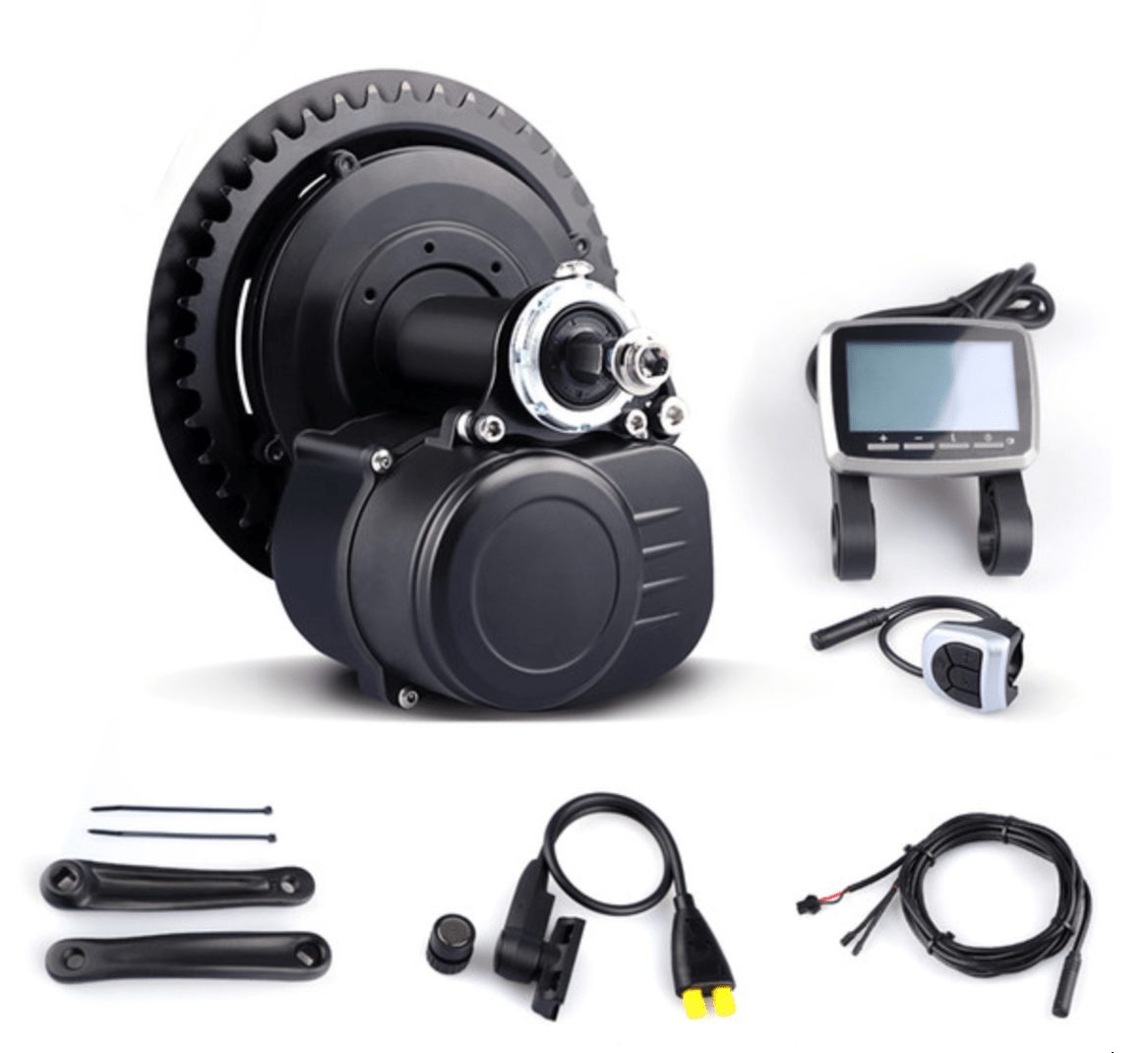 Tongsheng TSDZ2 Review - Should you buy it? - Edrivenet

The Tongsheng TSDZ2 conversion kit separates itself from other kits with its torque-sensing ability. This and other features will be extensively reviewed. 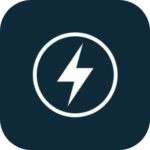 Here is one with a robust chain instead of a Gates Carbon drive. Saving hundreds of dollars annually over five years and providing equivalent performance with a smooth quiet ride. Naturally. Just drop a battery in a standard water bottle cage and go. They do not need to look electric or feel like run-of-the-mill electric bikes with back yard, junk yard pit bull breaded zip ties or bundled wires. Clean. You can achieve superior refinement. While ditching all the heft and crudeness of a Bafang to find a great bike that rises above the expensive stuff in stores.

Anyone used programmer ? What if you reduce the settings or startup current from 20a to 5a on Pas 1?
A

rccarguy said:
Anyone used programmer ? What if you reduce the settings or startup current from 20a to 5a on Pas 1?
Click to expand...

Which motor are we talking about?
R

Bafang
You must log in or register to reply here.

Help Choosing a folding bike for my wife... ?

B
Is this bicycle, a Scott Sub 20 hybrid, a good candidate for conversion to E-bike?
5 6 7