Hello from the UK - Rubbee X owner - It’s like being in a tandem with Bradley Wiggins!

I live in rural Oxfordshire in the UK and I like to commute (30 miles each way) to work on my road bike 2 out of 5 days a week. After an injury to my leg this wasn’t manageable so I bought a Rubbee X (~£700) to help get me up the hills. I didn’t want to change my bike; I’d only just bought it and my wife would have killed me if I bought another! Besides, I always thought the ebike would be temporary until I got the muscles working properly again. 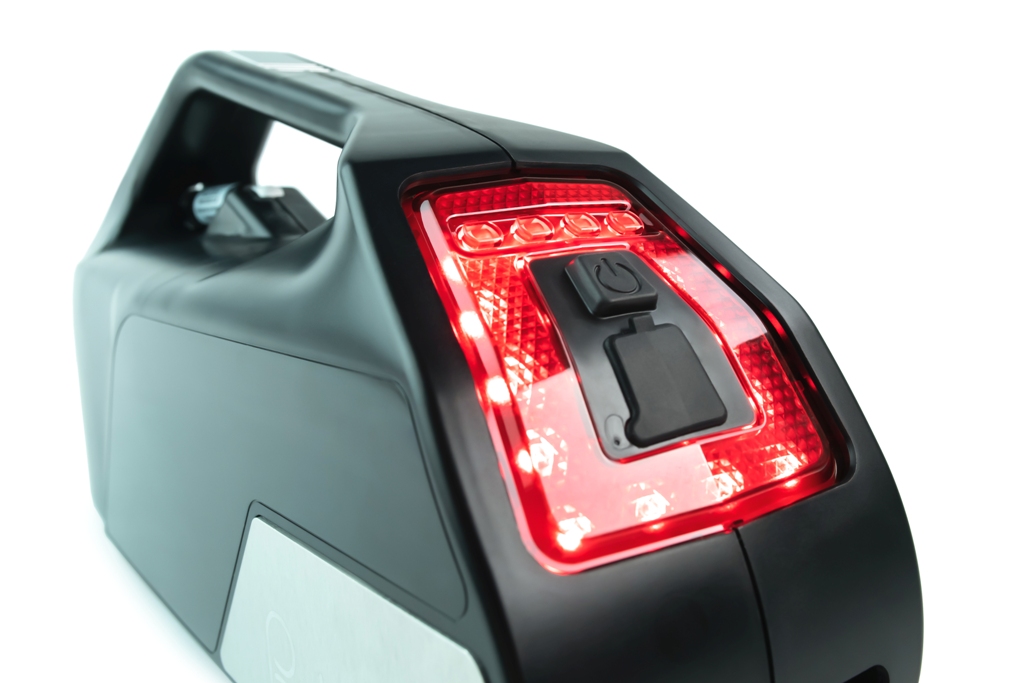 The Rubbee X is a friction drive which is pedal assisted. Mine has 3 batteries in the unit and 3 levels of assist: Eco (15mph), Cruise (250 W 15 mph) and Power (350W 20mph). It has regenerative braking for those long downhills activated by back pedalling and a “cargo mode” which gives you a bit more of a boost when you start moving. I’ve used it on two bikes: Planet X pro carbon road bike and a Santa Cruz Superlight MTB with marathon slick tyres. There is an app on my iPhone to toggle settings and view the power, speed and battery.

Obviously, I’ve played with all of the settings, who wouldn’t, but since the commute is 30 miles with 1000ft of ascent I need the batteries to last the distance and I’ve found that it can be done with 20-40% battery left if I use it on Cruise mode. I recharge it at work (3hr charge) and then use it to cycle home. 30 miles is more than what they state on their website so I’m pleased with that.

I’ve had the Rubbee X (version 3) since January this year but really only started using it in late February when there was enough daylight. I have successfully resumed commuting by bike, I’ve got some fitness back and my injured leg is getting better. I’ve even managed to do the commute twice without the Rubbee X in the last week so the Rubbee has helped me achieve one goal.

My experience has been a bit varied. The Rubbee X is a great bit of kit and probably is fine on smooth cycle paths in Europe but on the UK’s roads it has struggled to take the punishment with all the jolts from worn out road surfaces, particularly when I use the road bike. If I use the mountain bike to smooth out the ride, I run out of juice after 20 miles, then it’s like cycling uphill the rest of the way! There certainly is some resistance when the motor is not contributing power. How much is hard to say; perhaps a controlled experiment on the turbo trainer is needed at some point!

My first niggle is with the temperamental regenerative braking. It would sometimes kick on an uphill stopping me dead in my tracks. The advice from customer services was to turn it off. Shame really, as that was a major feature that convinced me to buy it. The app could do with a toggle for that on the first screen instead of buried in the settings so you can turn it on when you need it.

It developed a fault in March. The friction wheel became buckled so I sent it back to be fixed. The customer service was excellent and they fixed it without any problems but there was nearly a 6 week turnaround. 3 weeks ago, a screw holding the friction wheel together had come loose so I contacted customer support to see if this was something I could fix myself and they sent me a set of instructions to do the job. I fixed this and the next thing to fail was the battery cover. They’re sending out replacement parts but being based in Lithuania, the delivery times are very long so I’ve been without the use of it again for the last 3 weeks.

Despite all this, I do recommend the Rubbee X. I’ve ridden almost 800 miles with it now and when it’s there it’s like being on a tandem with Sir Bradley Wiggins (I haven’t actually ever done that but if you’re up for it, Sir, then call me!). It’s a clever bit of kit and the lure for me was not having to change my bike and that I could transfer it easily to another bike. I also want to be a bit greener and cycle more often. It’s helped me get back my fitness and I’m on my way to full recovery. Hopefully, I’ll get another 800 miles out of it to reach a break even for the cost Vs driving.

In time I may consider another ebike so I look forward to reading your reviews of your ebikes.

I'm happy to hear of your experience with Rubber X. I'm very pleased with mine though I wish the regenerative breaking was adjustable. I find myself needing to use my breaks on downhills.