I am looking to buy my first ebike. I will be using it daily to get to work and back in Vancouver. While I haven't moved to Vancouver yet, my understanding is that it has pretty hilly terrain. According to googlemaps, there is a 101 meter increase in elevation from my future neighborhood to where i'll be working: 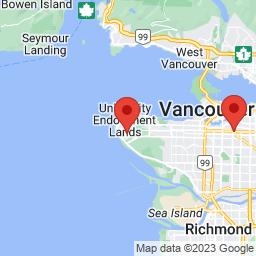 Mount Pleasant to The University of British Columbia

I want to get an ebike that can handle this potentially hilly terrain on a daily basis without putting undue stress on the motor.

Do I have this correct? Or maybe because both the Aventon Level and Ride1up 700 both have motor outputs of approxiately 500-1000watts and approximately 55 newton meters of motor torque that both these bikes will handle hills with relative ease.

What do you think? Your opinion, expertise, and experience are greatly appreciated. Thanks!

p.s. In case it gets asked, these three bikes appeal to me because they are class-3 commuter-style bikes with a stealthy look (e.g., integrated battery). While the DOST Kope is really stretching my budget, it seems like a relatively complete ebike (although it doesn't have a torque sensor for peddling and some would prefer a more modern battery). If money wasn't an issue, I would strongly consider getting either an OHM Quest or a Gazelle Ultimate T10. Thank again.

Okay so, judging by the location you have given, you're in Canada.

Canada has some of the fastest ebikes, why not just buy them locally?
HillEater and Grin Technologies are both located in British Columbia.
The GMAC motor produced by Grin will handle hills just fine.

Are any supported by your local LBS (maybe the Aventon)?

That's where I would lean.

the Aventon and the ride 1up are not going to be great climbers and the Dost is grossly overpriced! the dost motor is just a750watt Bafang BBS02,you could purchase a Biktrix Juggernaut Classic with the same BBS02 for $800 less orHell you could even buy a Biktrix HD for less than the Dost and then you dont have to worry about any hills. here is a Ride 1up Limited, a bike that is supposed to be more powerful than the 700 vs an Ariel Rider X-Class climbing, both hub motors, the Ride1up limited top speed up the hill is 14mph, the Ariel Rider does it at 21mph, so if the 700 is slower than this Limited i dont expect it to be a great climber.