This is a quick blog post about the Tetra M2 Rack + Waterproof bag vs. my eMountain Bike (XM-D2). 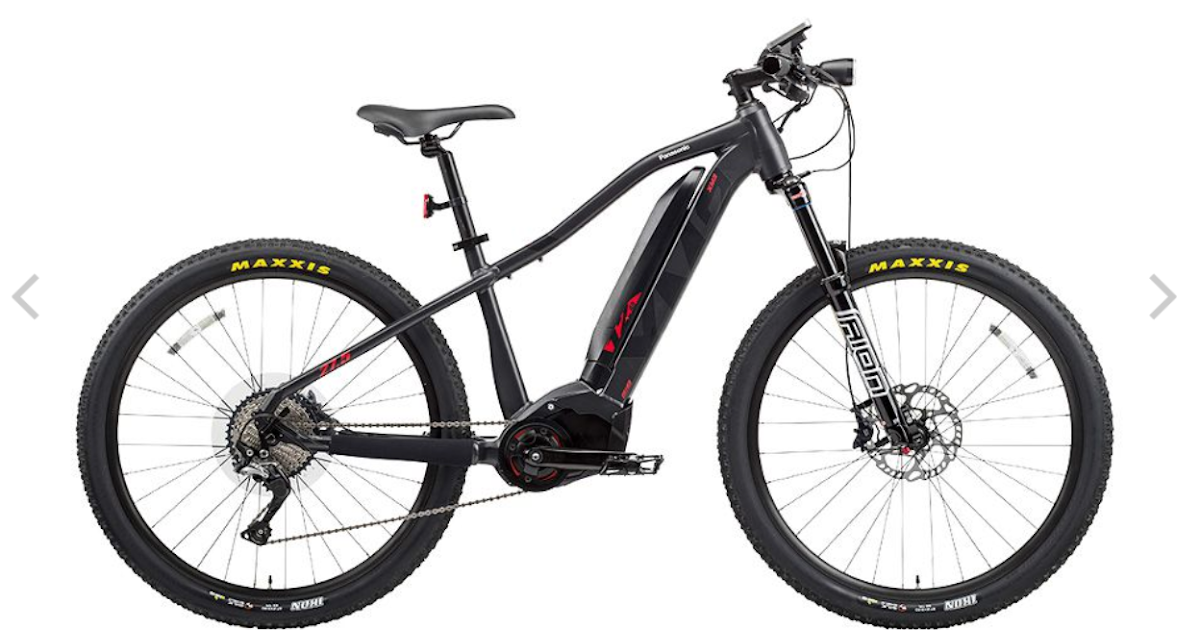 Okay so I bought Panasonic 's first electric assist mountain bike (the XM-1) the moment it came out. They weren't sure if it would sell at ...

I doubt anyone on here has the same bike, but I hope this is useful to someone.

Thank you for that. I am also using the Varia. I only use it in the city, not on trails - but then I would probably remove the rack for trails anyway. (And honestly, probably use my other bike).

My current work-around for mounting the Varia is a bit .. shady, but I am not sure the method you showed would work on this rack exactly. Either way, I have a 3D printer, so I can work something out with that (or Epoxy!) given the proper time. I am about to give the rack it's first work-out today!

Sorry not trying to make you feel bad about the purchase, but I don't think that design is good at all.

For full suspension bike, you should not be adding any weight on swingarm, which will result in increased unsprung weight.

Riese & Muller for example, had to design their rear rack in the way that it is not adding any weight on unsprung weight.

With that Topeak design, if you go over bump, all the weight you are carrying will directly affect in a negative way for your bike's stability, which defeats the purpose of suspension. 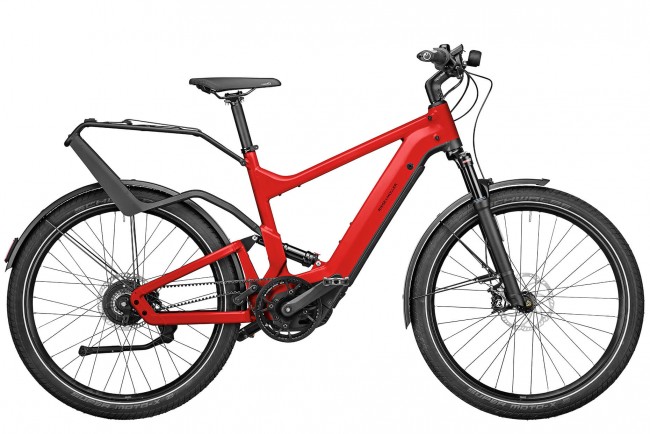 Hello,
No worries, you'Re not making anyone feel bad. Adding weight there does indeed have disadvantages. It does have the advantage that no matter how far the wheel moves, it will never hit the rack, though, so it does make some sense as a 3rd party add-on. "Beam" type racks don't work well on bikes with suspension, because while they may look fine at first, they are likely to hit your wheel once you go over a bump, etc. - Topeak's design eliminates that worry. You are of course correct about the unsprung weight, but bear in mind that, I personally would basically only use this on-road or for trail riding, not any crazy mountain biking with jumps. (I am also not putting too much heavy in there). I have also examined that Thule have a similar design to Topeak's, which is actually cheaper. (I don't know how the quality compares, since I don't have both).

The Riese & Muller idea looks spiffy, but they aren't selling it as a 33rd party kit, so it isn't useful to me at the moment. This is the kind of thing where 3D printing may make headway in the future!

BTW I have ridden about 60km with this read rack installed and a bag full of maybe 5Kg of stuff without any stability issues, etc. Ine interesting side effect of it being on the chain stays is that it does move relative to the rider, so if you leave the bag sticking up, it will bump into your backside slightly if you do move the suspension a fair amount. This isn't a big deal, and usually if I am on the road I would be riding in lock-out anyway, but I tried it both ways just to see. So far so good anyway.
S

After using this M2 rack for a while, it worked better than expected, so I doubled down on my bet and also bought the M1 (the front rack).

It is basically the same product, but with different angles so it can mount to the fork instead of the chain stay. (Hence I am posting it here instead of starting a new thread). Anyone who is interested can have a look at the link below. 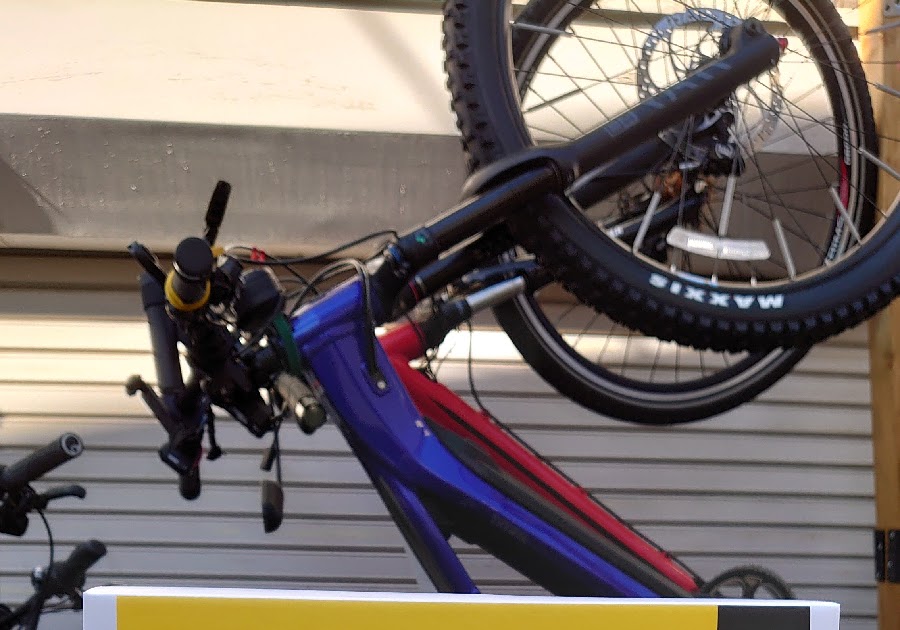 After using the combination of the Tetra Rack M2 (the read rack) and the MTX Dry bag for a while, I decided that I am satisfied with the qua...

(It also strikes me that this should work on those Van Moof bikes where everyone is always complaining about the standard basket that they sell).

Trying to find a functional trunk bag is like trying to find a comfortable saddle. It's a lot of trial and error. I tried the Topeak MTX bag with their nifty clip on system. Nice bag, but it wouldn't even hold a pair of shoes (12 M), it was so small. After trying 3 or 4 different ones, I settled on a cheapie from Amazon.

It will hold a pair of golf shoes or cycling shoes and the built in panniers are good for a change of golf clothes. I also throw in a chain and cable for my locks, as well as a small repair kit. This is still one of my COVID projects. I'll add a flat piece of aluminum to the rack, about 12"x5" on a hinge so the bag can slide onto the aluminum panel and clip to the end of the rack with a chain clip.

I bought a m2 rack and will put it on my full suspension ebike when it gets delivered hopefully early next month.

Lightning 123 said:
I bought a m2 rack and will put it on my full suspension ebike when it gets delivered hopefully early next month.
Click to expand...

I have used the M2 rack on my FS e-MTB since July 2020. It is very good unless overloaded.
W

shiruba said:
I have also examined that Thule have a similar design to Topeak's, which is actually cheaper. (I don't know how the quality compares, since I don't have both).
Click to expand...

Minor correction there.
It's more like the Topeak design is similar to the Thule design.
And i don't know how the quality compares either as i only have the Thule

Here is a neat way to keep your trunk bag on the bike rack. Virtually all bags have a false bottom where the rain cover goes. I cut that out and rivetted a piece of scrap aluminum to a hinge and mounted that on the bike rack. Now I can just slide the bag onto the aluminum panel and it will stay there till I need to take it off.