I am relatively new to the ebike world. Trying to get out of the car as much as possible. 3 or 4 months ago I purchase a rad wagon as an ebike experiement. My goal was to use the bike for a couple of purposes.

1) As experiement riding back and forth to work (14 mi one way)
2) Us it as a grocery/kid hauler.

I have been suprised by what I have found. I have really enjoyed commuting back and forth to work. Bike is smooth and fast, although not as fast as I would like and truthfully it is a tank and really not ideal for commuting. Overall I would give the rad wagon a thumbs up for value, but unfortunately it is a fail as a hauler. I live on a hill and although I can get it up the hill, it is a challenge and using it as a hauler is rediculous for my world. so I am looking for an upgrade. Also worth noting that I have discovered that it is unlikely that I would be using a future bike as a hauler, so it will mostly be a commuter. 14 miles, mostly flat, on a bike trail where a 28 mph bike could be utilized. I can charge at work for the ride home which is more uphill and the last mile is relatively steep.

So I have been looking at the various commuters out there. I have not had a chance to ride many. I did ride the Giant quick e and was realatively impressed with it, but it was a short ride several months ago. I wrote it off due to questions about the Yamaha system. (maybe incorrectly). I recently rode a Bulls Lacuba Evo E45 and really was sort of not that impressed, it was ok, but i really felt like it did not have much power. Maybe that is as good as it gets, so I guess I am searching for options. I really thought a mid drive was the way to go, but now I am questioning a bit.

thoughts, thanks in advance.

Jt1111 said:
14 miles, mostly flat, on a bike trail where a 28 mph bike could be utilized. I can charge at work for the ride home which is more uphill and the last mile is relatively steep.
Click to expand... 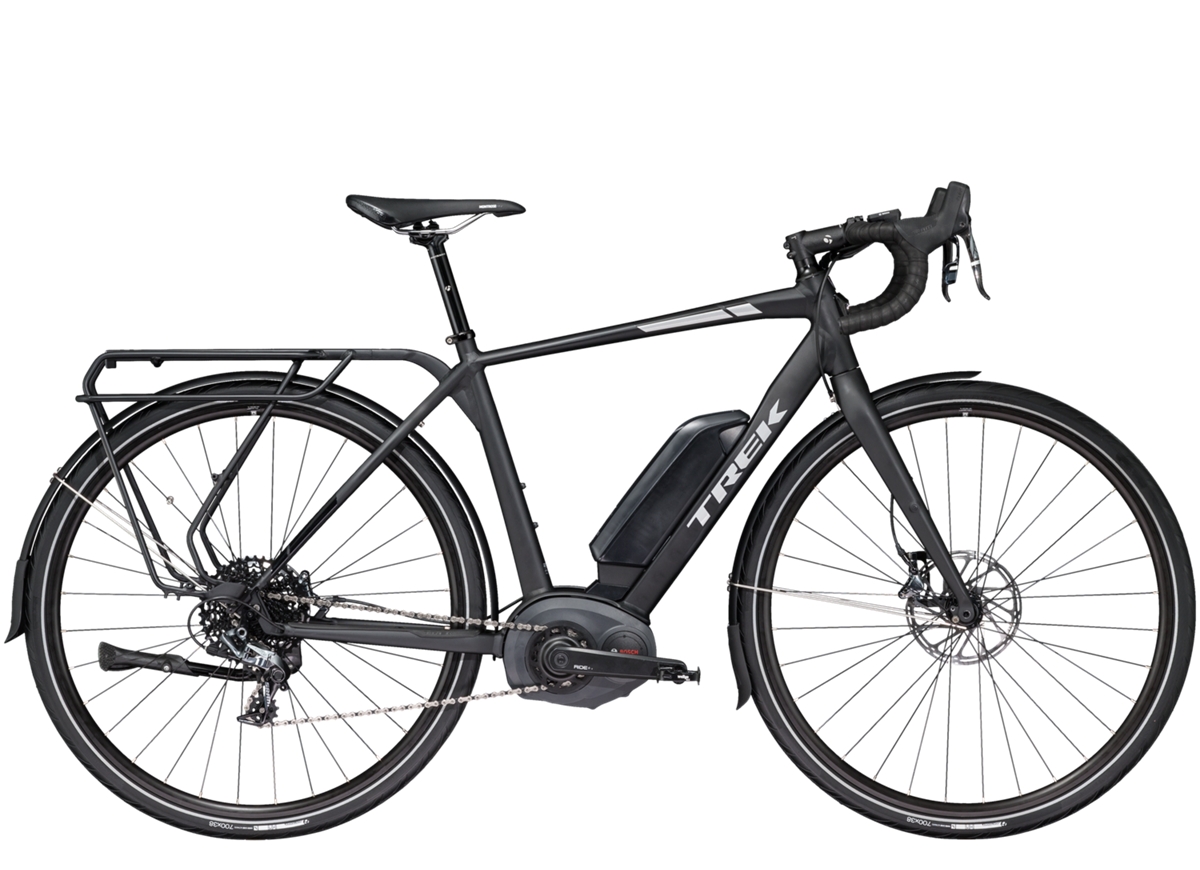 Discover your next great ride with CrossRip+. See the bike and visit your local Trek retailer. Shop now!

I recently saw a Trek Supercommuter+ 8s at a Trek Store in Chicago and since this model is being upgraded, they had it on sale for $4200.

Discover your next great ride with CrossRip+. See the bike and visit your local Trek retailer. Shop now!

I recently saw a Trek Supercommuter+ 8s at a Trek Store in Chicago and since this model is being upgraded, they had it on sale for $4200.
Click to expand...

28mph on a bike trail only comes into effect when there is no one on the trail. 28mph is just a target, is not a practical speed, and does not relate to power. I have two, speed version Haibikes and only had them to 28mph on a multi use trail a half dozen times in the 3 years I've owned them. I do ride a lot at 22-23mph. Just letting you know for your commute time. I'm a huge fan of Haibike and Bosch mid drives.
J

Thanks for the thoughts. Sounds like I better try and Bosch mid drive. I actually have not been on one of these. I have been on a brose and a Yamaha but not a Bosch. I will have to figure out how to get on one. The new trek bikes are pretty interesting. The supercommuter that is on sale is a 20 mph version. Not that I am all about speed but commute time is an issue for me. I am averaging about 21-22 on my rad wagon. The trail I am on is empty at the time I commute. Believe it or not I am riding pretty conservative. That said a small increase in speed would be nice, but mostly looking for an overall upgrade. Especially in the brakes department and general ride quality. Would prefer upright bars for safety reasons. Drops make me a little nervous at that speed. Thanks to all for your input.

I thought the 750 W radwagon was wimpy for a cargo bike. I have a very similar frame, a yuba bodaboda, but I bought a 1200 W 48v geared hub motor kit and put it on the front of my unpowered bike. I haul 60 lb about daily on my water run (7 gal + a 2 liter), 40-50 lb groceries or weed killer weekly uphill to my summer camp. I've hauled roofing, boards, a plumbing pipe, a 6000 BTU air conditioner, a pickup tire. I've got the battery hung out the front to balance the cargo some.
Do what you want, but I'd look at a 1000 w (biggest you can get now) geared hub on the front, in the same rad wagon frame. 750 W is the biggest you can sell a class 1 or 2 built bike in most nanny states now. BTW my steepest hills are 15%, or 7/8" rise on a 6" level.
Last time I rented a U-haul truck I brought home a free piano. That you can't haul home on a bike.
I don't ride 28 mph. For that you need a suspension. I average about 10 on my 30 mile weekly commute but peak at 30 mph at the bottom of some steep grades (and use the momentum up the next grade). Don't try this in the city with cross hazards.
Last edited: Sep 15, 2019

Jt1111 said:
If you order a Bikespeed delimiter then you can use any Bosch motor, even the Perfomance CX found on a Powerfly 5 (which also has decent suspension) and go as fast as you can pedal with top climbing power.
Click to expand...

I don’t want to be a wet blanket, but just be mindful of Bosch’s new proactive strategy on tuning. With new updates the bike could actually stop working if tuning is detected.

Chris Nolte said:
I don’t want to be a wet blanket, but just be mindful of Bosch’s new proactive strategy on tuning. With new updates the bike could actually stop working if tuning is detected.
Click to expand...

oh yes I forgot to mention that you cannot do updates and the warranty is void, but the bike will be unshackled to run free as it should.
Last edited: Sep 16, 2019
J

Indianajo- yes agreed the radwagon is a bit wimpy for a cargo. I don't want to talk bad about it because I really like it, but for carrying a load uphill, it is really underpowered. I might play around with increasing the power on the wagon, but it really is not what I want for my commute.

yes I have read about Bosch's new tuning strategy. I guess I really need to ride one to compare to the Yamaha and Brose systems. I think I would probably stay off the bleeding edge of tuning and just live with the programing of the Bosch, if I choose that route. Am I right that Brose and Yamaha are more easy to tune?
A

A direct drive rear hub is really out of place on a bike designed to haul an oversize load in my opinion, or to carry one with constant stopping and starting. That's not the Direct drive's calling. It's about being efficient at speeds over about 15mph.

Rad wagon should have had a gear driven hub IMHO. Because of their 5:1 gear reduction, gear drive hubs are WAY better at accelerating from a stop and climbing hills - or lugging a bunch of groceries.

The design of the bike itself seems to be spot on for your use. Depending on how handy you are, a gear drive rear hub conversion might be a good plan. The entire conversion kit's aren't that expensive (especially compared to the price of a new bike), and it should transform that bike into something that's checking a lot more of your boxes.....

Another option to check out is Trek’s new Class 3 ebike, the Allant. It comes in several versions, with the aluminum version with the new Bosch Gen 4 Performance Speed motor costing about $4,300.