this is a full suspension softtail with 2.8 tires on it
because this is fs we have the rohloff but a chain

ride by myself a lot up there and wanted a bike fast enough to leave an area in a hurry if i felt it was warranted- and wanted a throttle for that scenario also
i am decently strong pedaller but am never going to move a haibike with yamaha quickly away, even in high
none of the eu mid drives were going to cut it for ME for this

the bike got here in the fall after i left flagstaff for southern az, so have not gotten in a lot of rides on it yet
but rode a decent amount the last 3 days on similar terrain for what it was built for and wanted to put some feedback on here

this is my first fs bike, all the others have been mostly 3-4 inch tire hard tails/front suspension with bodyfloats on them
can say without a doubt this is the smoothest bike i have owned, it handles rough dirt roads better than any of the others
it just absorbs any and all bumps/including washboard great
much better than my haibike hardtail which was a nice bike and i am sure the front suspension was a pretty good one

i am not mtn biking , just long rides on dirt roads that are not maintained/washed out/rocky/loose rock etc
have a decent amount of sand/washes crossing these roads and it is doing very well in those too


because my frame runs smaller we could not fit 17ah battery so got 2- 14ah and rotate between them, will take them both for planned long rides

the last 3 days have been using that and pleased with it, today was 23 miles on sandy/washed out up/down dirt roads and i was very happy with how the bike responded
at this point will leave the settings there

the only problem i have had with how the bike responds has been that on a slow crowded bike path where i am having to do a lot of 6-8mph and slow down/start up a lot getting around people the power would kick in/out with the torque sensor and be annoying- best way to describe it would be a clunk when it kicked in, i am pretty sure the torque can be toned down in the lower settings and am still working on that
other than that the stock settings seemed to work fine
was not happy with my throttle originally, it seemed to be set on 40% max power... changed the settings on that

test rode a biktrix a few days ago because i have heard they are smoother- all the testing i did on this biktrix was level 1 pas eco/green starting from a stop or 2 mph with only pedalling, no throttle
the clunk was a little less on this bike and the motor seemed slightly quieter than mine..
but the clunk was not gone
we have another thread on this stuff about programming

i actually think the clunk using the endless sphere settings is pretty close to the biktrix bike- not sure how much of this may be the rohloff vs the regular gears on the biktrix...
do not notice this off road , only with pavement and very slow riding
off road i do not hear the motor as much or notice any clunking at all

at first this concerned me but i bought this bike because it is programmable and not for paved bike trail riding, have other bikes for that- will continue to work on programming but these last 3 days of using the bike for the terrain i bought it for it has been excellent

battery usage seems about the same to me as all my other bikes, guessing it will get 55 miles minimum to a battery and honestly have paid zero attention to being conservative at all since i got it, so maybe more

my only complaint is the bike weighs 62 without the battery/probably 70lbs with
this is according to one bike shop i use, need to hang it again somewhere else and have this checked, it seems a little lighter than that to me- but not much
was hoping for a bike in the 55-58 lbs range including battery- but after riding this week the extra weight of the fs is totally worth it to me

one observation from today was i will be careful letting friends ride it, especially friends that dont have a lot of bike experience- for this i might consider unplugging the throttle
or i may turn the throttle down from 100% to 80
reason being is a couple of times coming up steep hills today i would get the rohloff in a good gear but not get the pas up a level and use the throttle partway to compensate
this thing moves and i could see myself flipping it over if not careful, the front end got light 2 times- not off the ground but i got off the power quick

posted some pics of the bike, the tires, suspension and some of the terrain i rode today

Very Nice! I got my juiced RCS for similar type of riding. The next bike I try I want to be a mid drive for increased efficiency, a IGH, and belt drive. I'll have to wait until someone other than B&M do it with full suspension, but with decent battery(ies) and decent motor.

vincent said:
this is a full suspension softtail with 2.8 tires on it
because this is fs we have the rohloff but a chain
Click to expand...

Some motorcycles have belt tensioner, can it be implemented on ebikes?

Never mind, I just looked on Google and it's been done. 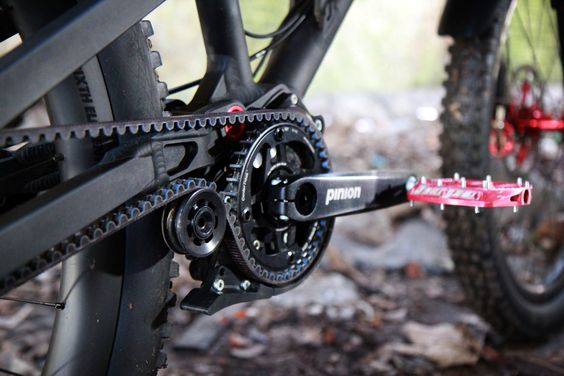 Pushkar I want a belt!!! Can you make something like this work?
Thanks Timpo!

Nice looking bike. Is that a medium size frame? Would a larger battery fit for a large?

How do you like the Surly Moloko handlebars? Looking at bars with more backsweep for my MTB but thinking 34 degrees might be too much.

My urologist would give me hell if I rode a seat like that. Any problems with pressure hot spots behind the man parts? The nose profile sure seems high.

rich c said:
My urologist would give me hell if I rode a seat like that. Any problems with pressure hot spots behind the man parts? The nose profile sure seems high.
Click to expand...

tomdav said:
Nice looking bike. Is that a medium size frame? Would a larger battery fit for a large?
Click to expand...

Yes this is a medium. Larger battery will be a little harder to do. The clearance is not there. We can do it in a size XL frame.

vincent said:
Pushkar I want a belt!!! Can you make something like this work?
Thanks Timpo!
Click to expand...

tomdav said:
Nice looking bike. Is that a medium size frame? Would a larger battery fit for a large?

How do you like the Surly Moloko handlebars? Looking at bars with more backsweep for my MTB but thinking 34 degrees might be too much.
Click to expand...

I just looked around on Google and saw some ideas for larger battery.

Custom battery pack.
(I'm sure this is going to be expensive though ) 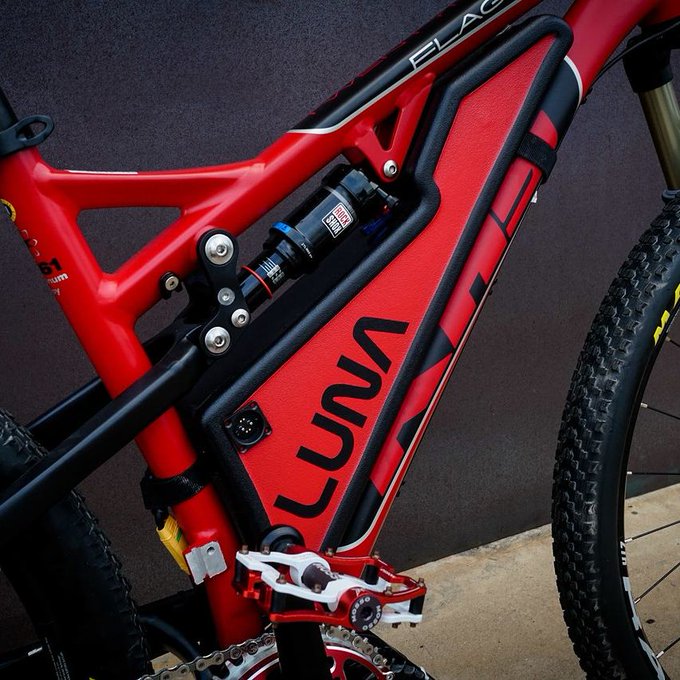 Battery pack under the frame.
(Not sure if WattWagons have enough space?) 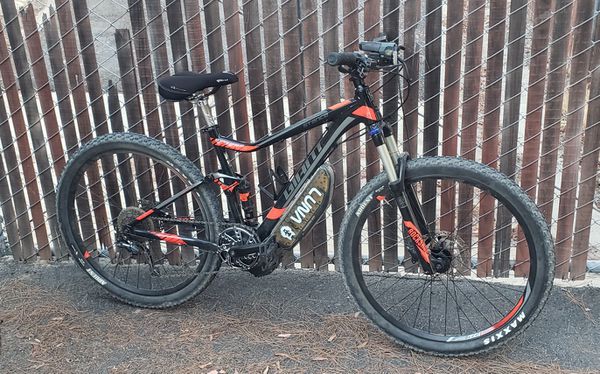 Rear rack battery mount.
(Looks like this one is possible)

Also, as long as the voltage is the same, you don't necessarily have to get the same pack? 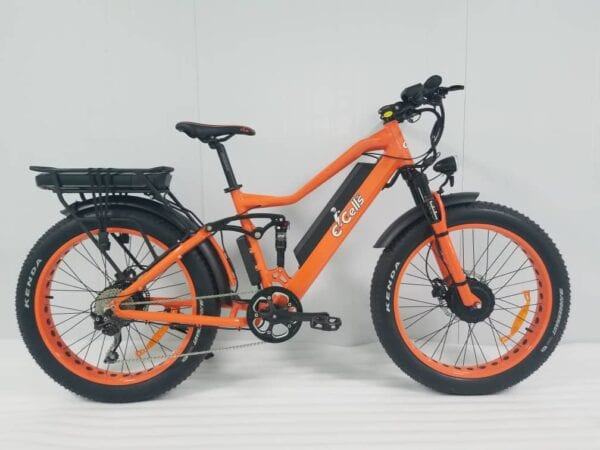 On top of frame.
(I can see two bolts on top of WattWagons, maybe they can be used as additional battery mount?) 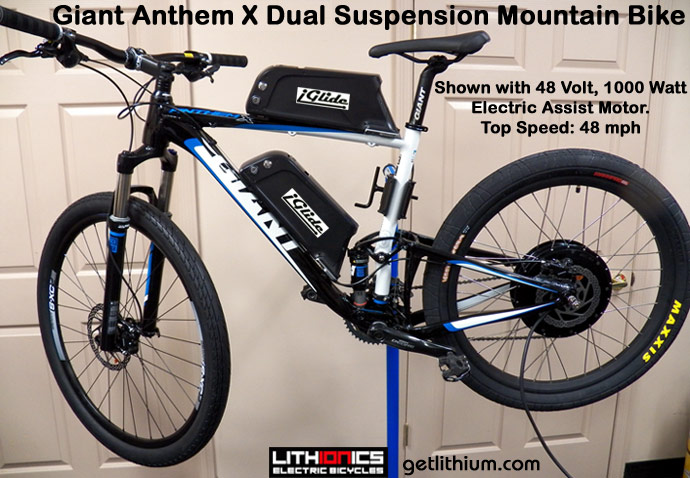 yup. Dual batteries like we have in the crosstour are possible with our current solution. either that or something rack mounted could be easily done .

pushkar said:
yup. Dual batteries like we have in the crosstour are possible with our current solution. either that or something rack mounted could be easily done .
Click to expand...

oops, I didn't know that you already had that option for the CrossTour.
All I know is you're really good at customizing your bike for customers need.

oops, I didn't know that you already had that option for the CrossTour.
All I know is you're really good at customizing your bike for customers need.
Click to expand...

Please stop making me think too much about myself.

I’m just glad I get to do this stuff.

Look out for a cool video in 2 weeks. Doing the video shoot this weekend. Some crazy awesome stuff coming down the pike. Like crazy crazy awesome.

rich c said:
My urologist would give me hell if I rode a seat like that. Any problems with pressure hot spots behind the man parts? The nose profile sure seems high.
Click to expand...

Isn't Cloud-9 one of the most comfortable saddle though?
M

Timpo said:
Isn't Cloud-9 one of the most comfortable saddle though?
Click to expand...

it's pretty good, but you have to be in a pretty upright position for pedaling any distance with out it rubbing on your inner thighs. if you use the throttle mostly it would be good.

I still like integrated battery + spare on lower frame like Frey EX or Dost. Seems the optimal solution for a spare and I think one benefit of integrated frame batteries often overloked. Obviously not going to happen with a titanium frame but I think a prelude to the future for range. 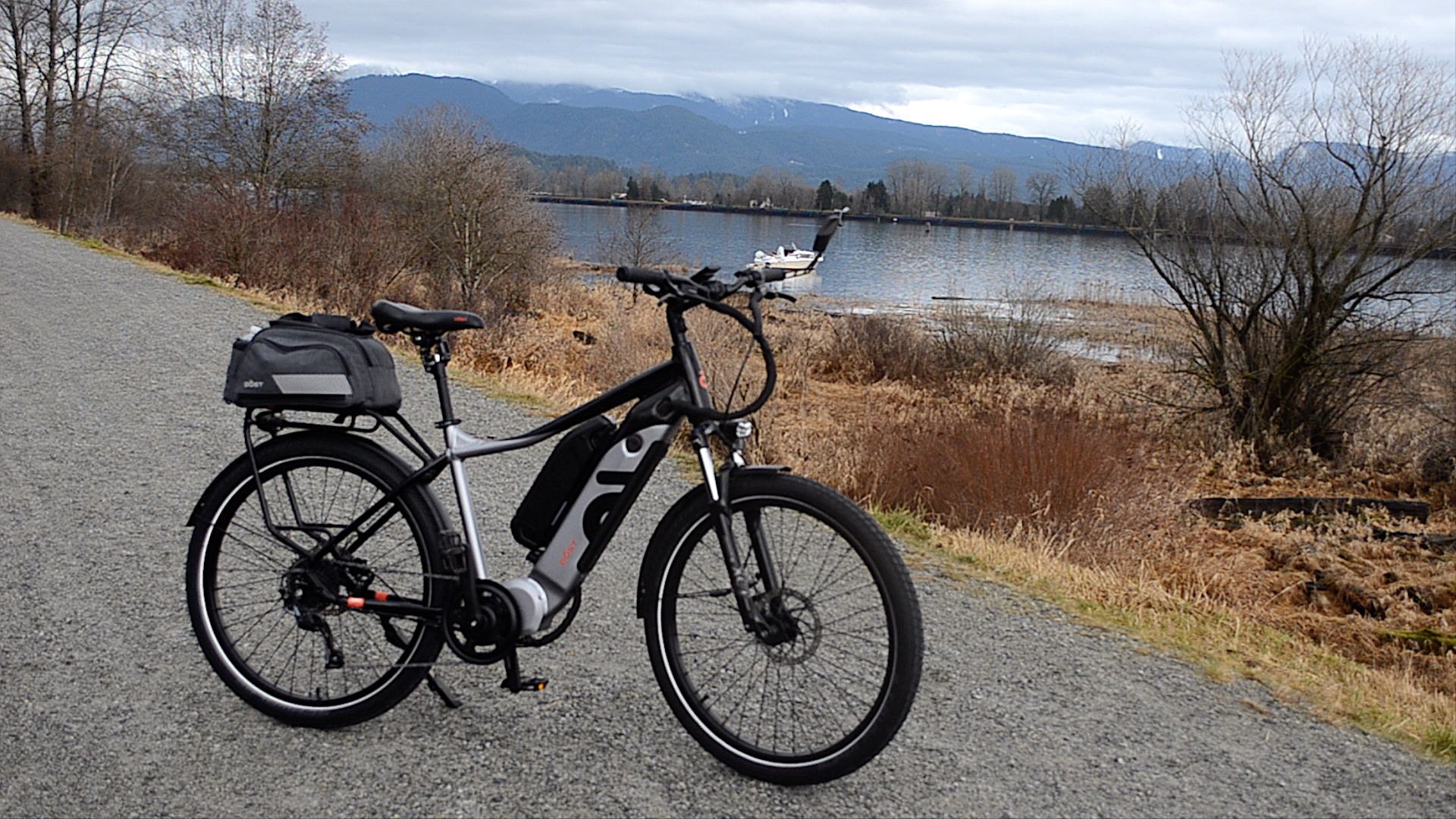 Oh man, promised Ravi I would not post pictures with the cruiser seat on it lol
He is going to be mad at me!
I am female and that seat fits my big butt perfect, from day one getting back into riding doing 20-35 mile rides I have been perfectly comfortable on it

also every single friend I take riding with me that does not bike ride regularly does great on that seat -and complains about all the others...

have bought probably 15 of these because every time I sell a bike and forget to swap the seat before I get there the people want that seat, they all LOVE it...

Most men would have that seat level to maybe even a little down. But your female so makes sense to me why you like it like that. We all do what works for our bodies
You must log in or register to reply here.

I
Clunk in Suspension