I noticed a posting on ST1 codes and wondering if anyone knows how to increase the top speed for ST2 boost mode. How do you eneter codes?
I noticed my dealer had to squueze right hand brake once and do a few other things to get the day time running light to come on when bike is powered up.

Interesting, I would like to know this as well. My daytime running light doesnt work during the day either.

Ok just got off the phone with BMC/Stromer USA. Amazingliy helpful people and even called me back to make sure it worked. There are no "codes" like there was for the ST1, instead there is a seperate "secret menu."

To access the secret menu and fix your daytime running light:

Also I asked if there was an option to turn the Boost assist up to at least 20 mph? The individual basically said they were not allowed to provide me with that information, however he said that it may be possible to find such information if I understood German.
I get it, theyve got rules and stuff. Perhaps we need to scower those German Stromer Forums.

I mean, I realize we want to exercise discretion, but I think responsible bike riders would also like to be able to get a little higher speed, just like responsible car drivers wanted to drive a little higher than 55mph. I've got one more week of school, and then I'll be able to have a free minute in my life again, to maybe try to find something.

Cory151 said:
The individual basically said they were not allowed to provide me with that information, however he said that it may be possible to find such information if I understood German.
Click to expand...

Hmm, higher speed on ST2 BOOST mode? Never heard. If the ST2 would be a electric motorcycle, 45km/h might be possible.

Regarding Tagfahrlicht: A friend of mine has posted this screenshot: 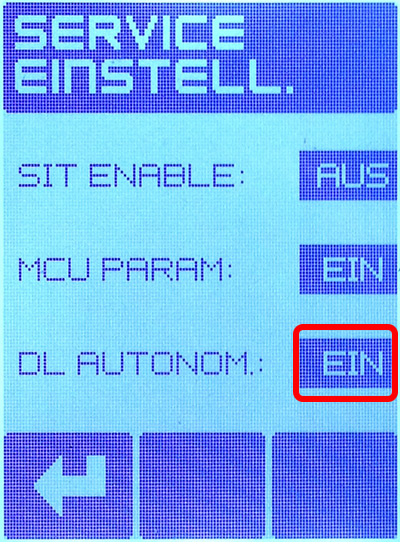 One question left: Is the Tagfahrlicht also dimmed in the US, when the headlight is on?

Glad to see some interest in this. Bluecat, do you speak German? I've been on the German Stromer Forum, but Google translate doesn't always make sense in what I'm reading.

Stromer USA were very helpful and once I had to reset the Torque sensor in a similar fashion.
Also, I have stopped carrying spare batteries for my phone since I can easily charge it off the bike

Seriously? We have not found a good way to translate the german forum to get this info and possible more bits of juicy knowledge?
I am going to have to jump on solving this problem, lol.
I will let you guys know my progress.

Anyone found the answer to increasing boost mode speed on ST2. Thanks.
F

Who ever finds that magic code might think twice before blabbing it to the forum, as you've been trusted with inside info, and insider may get in trouble, changing your relationship from friend to foe. Lots of you owners are likely smart and patient enough to find it with no help. Thats the bomb!

These bikes are not rented and I paid alot if money for the ST2. I own everything on it and like a car, have the right to change or adjust any setting. We don't need permission from the manufacturer. I'm sure many have changed their phone settings without getting permission from apple. Point is, do not tell people what they should or should not do with their own property. If someone chooses to make an adjustment, it's their decision and they are aware of any warranty implications. Regards.

Airliner787 said:
These bikes are not rented and I paid alot if money for the ST2. I own everything on it and like a car, have the right to change or adjust any setting. We don't need permission from the manufacturer. I'm sure many have changed their phone settings without getting permission from apple. Point is, do not tell people what they should or should not do with their own property. If someone chooses to make an adjustment, it's their decision and they are aware of any warranty implications. Regards.
Click to expand...

Ive not found anything yet as would seem Stromer is pretty tight lipped about it.

I would buy one asap if the specs could be increased.
F

After my first real test ride on new st2, I really would like 20mph boost available.
My st1, after jail breaking the boost code, was/is awesome. I pedal along at 20mph until I need a break, then boost for about a minute at 20mph, then pedal some more.
My new st2 pedals along at 25mph, but when I need that little rest, I just coast, and it scrubs off speed in a hurry. For now, shorter rests and just keep pedaling for me.
Nobody promised me a high speed boost on either purchase, but I do know on my st1, there seems to be no negative mechanical issues. The bike acts like it would boost at 20 all day.........
Prolly better for me anyway without boost.
O

opimax said:
maybe KPH not mph, 12mph is about where mine is...more power to you if it goes to 20mph
Click to expand...

https://electricbikereview.com/forums/threads/santa-showed-up-at-my-house.4026/#post-44996
My vid shows the boost button code can be changed to allow higher boost speeds. My ST1 Plat will cruise 23mph watch the vid in the above thread. I would think ST2 codes would work the same??

Hats off to Stromer for keeping the brakes on boost mode recoding. The legal classification of ebikes in each of the 50 states hangs in the balance. Codes or no codes, I'm not interested in having my ST2 classified as a moped that requires me to pay for registration and liability insurance and prohibits me from riding on greenway bike paths where I live. The bipartisan pro-ebike law in California is groundbreaking, but there are no assurances that other states will be as progressive. The pedal-assist distinction has legal significance, and an ebike that throttles up to 20mph with the press of a button is likely to be classified as a moped or motorcycle in many states. I'm sure Stromer doesn't want a bunch of jail broken ebikes spoiling the party as the rest of us hold our breath waiting to see if progressive ebike laws are adopted in the U.S. This will take time and a lot of lobbying, and no reputable ebike manufacturer is going to undermine their interests or their customers' interests by handing out codes. The situation is not the same thing as jailbreaking a mobile phone, which doesn't put in jeopardy the legal status of everybody else's phone. Of course, if someone finds a way to jailbreak an ST2 strictly for off-road riding, go for it. In any event, until the legal status of pedal assist ebikes is more firmly established here, I don't want to give police any more reason to start pulling over Stromers or any other brand of pedal-assist bicycle on suspicion of being a moped or motorcycle.
F

You are not entirely accurate on your above thoughts.
Your st2 is not allowed on dedicated bike paths in California(legally), because of its class 3 bike designation.
Class 1(pedal assist up to 20mph) and class 2(throttle up to 20mph) bikes are both treated as regular bikes all the way around.
I have both st1 and st2. I bought st2 because I wanted to go faster, and I do. I also bought it ahead of laws written in California, so in worse case senario, I could "grandfather " it-ahead of existing laws(maybe).
Now, I have concluded bicycle class checking cops are not very likely. In Ventura, CA. there are not enough ebikes to even worry about policing me on the bike path.
A pedestrian pushing a baby would think a 12mph regular bike should not be allowed on path, and would really disapprove of an st1 rolling by at 12mph in boost mode, etc.etc…….
You won't find a bigger stormer "booster" than me, but I really do wish I could boost along at 20mph on st2 now and then, to take a break from pedaling. Even though I can boost at 20mph+ on st1, I still pedal it 98% of time. I mostly ride the st2, because I want the exercise and can usually maintain 25mph for quite a long time.
Stromer did not make it hard to "jail-break" code on st1 boost, and if they very concerned with it, they would have not made it possible.
I would love to increase boost speed on st2, so I would be able to take a break once in awhile without giving up my speed.
Keep in mind, we all want(ed) a way to commute, run errands, whatevers….. at a realistically fast clip- thats why we bought them in the first place.
California decided that anything that will help you above 20mph should not be on dedicated bike paths, and Stromer decided they will not allow their bikes over 12mph without pedaling…… Some would say 12mph should make it a motorcycle.
IMO, bike police with the ability to determine if you are riding a class 1,2, or 3 are not in the foreseeable future, and most of us will ride with common sense and self preservation determining how we ride- just like we drive.
Ebike action magazine editor pointed out something that never occurred to me- "If enough people start commuting, running errands, etc. Municipalities will likely make dedicated bike paths". Makes sense to me.
You must log in or register to reply here.

May 25, 2022
bonessk01
B
A
Some questions about Stromer (model choice, belt drive, fork selection, battery, etc)