Suggestions for quality ebike priced <$2000-2500, cargo or similar, sometimes need to carry girlfriend who is ~135 lbs

Timpo said:
There won't be magnetic resistance on geared hub motor.
There's a clutch mechanism to make it "freewheel", which can benefit when costing, etc.

There's a hub motor called direct hub motor, which will give you magnetic resistance.
Click to expand...

oops, sorry I didn't see that..

JASmith said:
What you are explaining can be reproduced and also dismissed easily in your home using a spinning office chair.

Stick your legs out and have your SO spin you and see how fast she can spin you from a stop.

Now do the same resting some kind of weight on your feet, and you'll see it just got harder to spin you.

Now tuck your feet under your butt or close to the axis of rotation at least and do the same, much easier.

Lastly put that same weight in your lap, and you'll see it seems to make no difference.

So unless the hub motor has a huge diameter, the weight really shouldn't matter because its so close to the axis of rotation to be a non-issue.

Especially if you go with a geared hub motor which should be pretty small in diameter compared to a direct drive hub motor.

Speaking of geared vs direct drive, the geared should freewheel when off but the direct drive should provide some resistance from the magnets, and its likely that drag that makes direct drive ebikes feel harder to peddle without power.
Click to expand...

any hub motor is going to be harder to spin around than a couple of freewheeling nylon gears in a middrive i dont care if the motors legs are sticking out or not lol, have you guys ever even lifted an average hub motor? some weigh nearly 7lbs some even more.

This is what I meant.. imagine trying to spin a 10 lb dumbbell right in the middle of hub.

Oh sure, no one questions that, the debate was about "how much harder". Again, you're not spinning any of that chonky copper so talking about the entire weight of the unit is a bit irrelevant. Basically just the outer housing actually spins and its spinning pretty close to the center hub, so that short distance helps make it easier. I have pretty skinny legs and I had no issue on my test ride, so the debate is over the objective increase in resistance of a geared hub, not whether or not a theoretical increase exists.

This is what I meant.. imagine trying to spin a 10 lb dumbbell right in the middle of hub.
Click to expand...

i had no idea that motor was so heavy! i imagine the fullfat 750 could be even heavier so yeah no fun!
V

Hi, I wonder if in the past months any other nice ebike came out that can allow me to carry my girlfriend. Thank you

It depends on the context.

Japanese ebikes are much cheaper.
Bridgestone, Yamaha and Panasonic have been building quality ebikes and they typically cost $1000+.
Good service and warranty support as well.
I know these ebikes are strictly limited to 250W/15mph, so I know it's a little different context, but yeah, quality doesn't have to be expensive.

Sorry so late, just saw the most recent reply here. You simply cannot use only the term "hub drive" for an accurate statement here. Why? Because a "geared" hub motor is completely different than a "direct" drive hub.

In fact, a geared hub drive uses the exact same style of clutch as a mid drive when considering either drive's ability to uncouple/stop spinning when coasting/not under power.

It's the direct drive hubs that have a noticeable amount of drag when coasting/un-powered, because the do not have this internal clutch
A

venexiano said:
Hi, I wonder if in the past months any other nice ebike came out that can allow me to carry my girlfriend. Thank you
Click to expand...

Rad has a "nice" e-bike that should allow you to carry her. If you think something like this might work, holler for more suggestions. There are several other companies producing similar bikes.

Shop the RadWagon 4 electric bike at Rad Power Bikes, the makers of best-in-class electric bikes for all types of riders and applications.

Radwagon4 is nice if you are never going to wear out a tire or tube. They have a proprietary size tire, 22", which is available from them sometimes. (only, last time I checked modernbike.com & ebay).
Similar cargo bike with 24" wheels you can buy tires & tubes for anywhere are the blix packa and the eurorau max cargo.
I find drag unpowered of my geared hub motor so negligible that I leave it installed all winter while the battery is stored in the garage under a heating pad. It weighs less than the toolbox I carry. I fix problems or push the bike to destination. No sag wagon where I ride.
A

For those that are too lazy to check internet rumors out prior to spreading them: 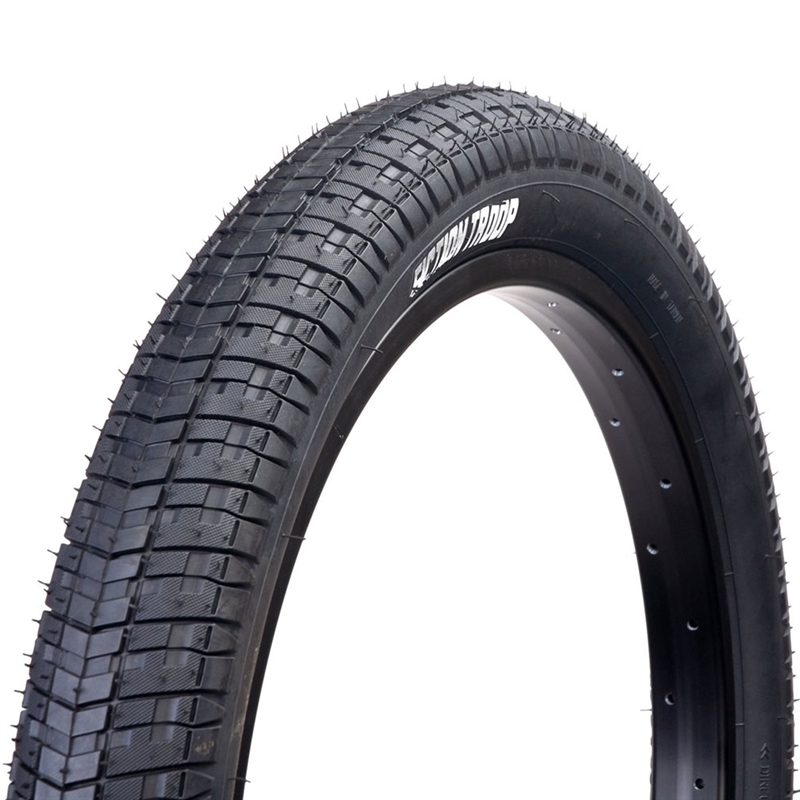 Fiction Troop 22 x 2.3 BMX Tire: Semi-aggressive tread pattern on a larger 62mm wide casing, perfect for street or park use for those on a budget.

For $2,500 its going to be hard to beat the Rize X but i would advise forking out another $500 bucks and snagging a Rize RX!
I think the RX is about the best bang for your buck bike around at the moment.
Head over to the Rize site and check out the 2022 Line up!
Lmao, guy in the video must have really bad knees or something..

Juiced Rip Current S is also one you may want to check out. Are we still talking about bikes that might be used to carry your 135lb girlfriend?

The ability of the hub motor to spin unpowered isn't going to be much of an issue. I have bikes with both a G060 in the rear, and a DT350 hub w/a mid drive. Yeah sure there's a difference but its not meaningful. The G060 freewheels forward after all as noted in an earlier post above. If you have a direct drive that has regen enabled - well thats a whole different world and I'd rather walk that bike than try to ride it unpowered.

The real weakness of the hub motor is its inherent nature: Its single speed, powering the bike thru the axle. Going up a hill - even a rolling one - with a 135 lb payload plus the rider who weighs at least as much will not be a pretty picture. Same with starting from a dead stop. Assuming a 165 lb rider... thats 300 lbs not counting the bike. You want the mechanical advantage of gears. Period. Even on flat ground when you are at that level of payload we are well past a few bags of groceries here, or even most of a shopping cart.

There's a reason all quality cargo bikes that are not 'starters' or bottom of the line have mid drives. And at this kind of low budget, you have few if any choices that are worth considering. Expect *everything* to be a low-cost part on such a bike.

Ordinarily I'd say if you want a lower cost cargo solution and higher quality parts, you have to build your own and there is only one platform well suited to a budget. But the 135-lb payload means you have to upgrade the wheels so you can upgrade the size of the tires to carry that payload. You MIGHT be able to get there for $2500. But its still over the carry limit for the frame and 'close enough' is not going to cut it when you fold up a wheel after hitting a bump. I have been north of 400 lbs on mine with 30mm width rims and 2.8" tires inflated to full capacity.

In discussions elsewhere on this sort of thing, when an adult rider wants to carry another adult passenger, the limits on payload usually end the discussion. Only one I know of that is often used this way with upgraded wheels is the Bullitt without side panels and thats miles outside of your budget.


On the hub thing, in addition to bikes that use it on the back, I have another with a G060, a DT 350 AND a mid drive all on the same bike. Rode it yesterday for errands in the rain, no less. I can ride with some - or no - power on the front wheel and its not a big deal. I usually just reduce power to '1' on flat ground (about 50-90w) because there's no reason not to take advantage of 2wd when you have it. DIY with this bike. Final cost could be around $1600 with a torque sensing mid drive, a bit less with a geared hub motor.

The Rad, and a few other similar cargo bikes, have payloads that should easily handle the typical rider w/girlfriend. The Rad has a capacity of 350lbs. Others have that much or more.

I doubt seriously anyone that's ridden both will argue the point of which will climb the steeper hill when fully loaded (geared hub vs. mid drive), but I would think this same group would also tell you a geared rear hub bike (loaded w/girlfriend), has no ability to climb a hill. That's just not true at all. Point being, not all of us NEED to climb a hill that a geared hub bike won't climb....

"carry" the GF? get a tandem and make her help pedal.
You must log in or register to reply here.