Over50 said:
I don't see any other RockShox options for a 15mm thru axle e-bike?:
Click to expand...

Once you know the exact travel in mm for a replacement fork, it would make your job easier.

There are quite a few: 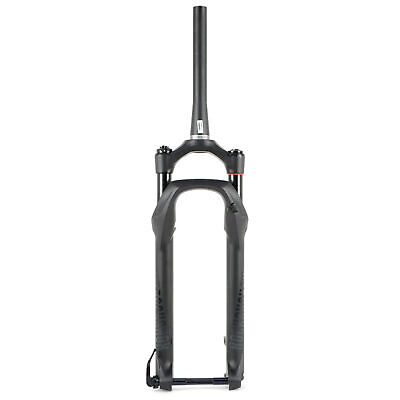 If you want the very best, you could certainly look at the FOX series. If you can accept a previous year model, you would be able to find an excellent fork at an excellent price like this: 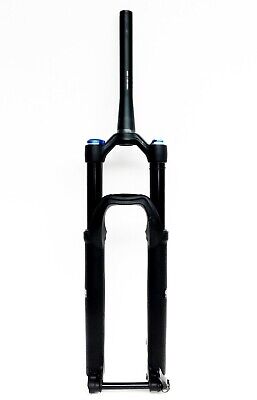 Another one. FOX Factory 32 with kashima coating but can only accept tires upto 2.3" 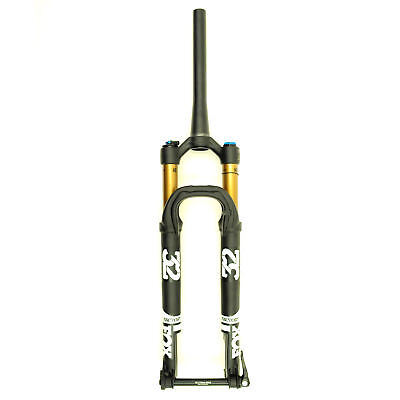 Ravi Kempaiah said:
Once you know the exact travel in mm for a replacement fork, it would make your job easier...
Click to expand...

I think minimal travel is necessary for an urban commuter. 80 or 100mm I would think be sufficient. I set my Haibike and R&M such that they are quite firm and measured using the silicone ring shows I'm using less than 2/3rds of the available travel.

Several brief reviews have been posted in the last few days. A couple I didn't care for so much. This one was a little better than the other 2 I saw although it doesn't come close to an EBR review: 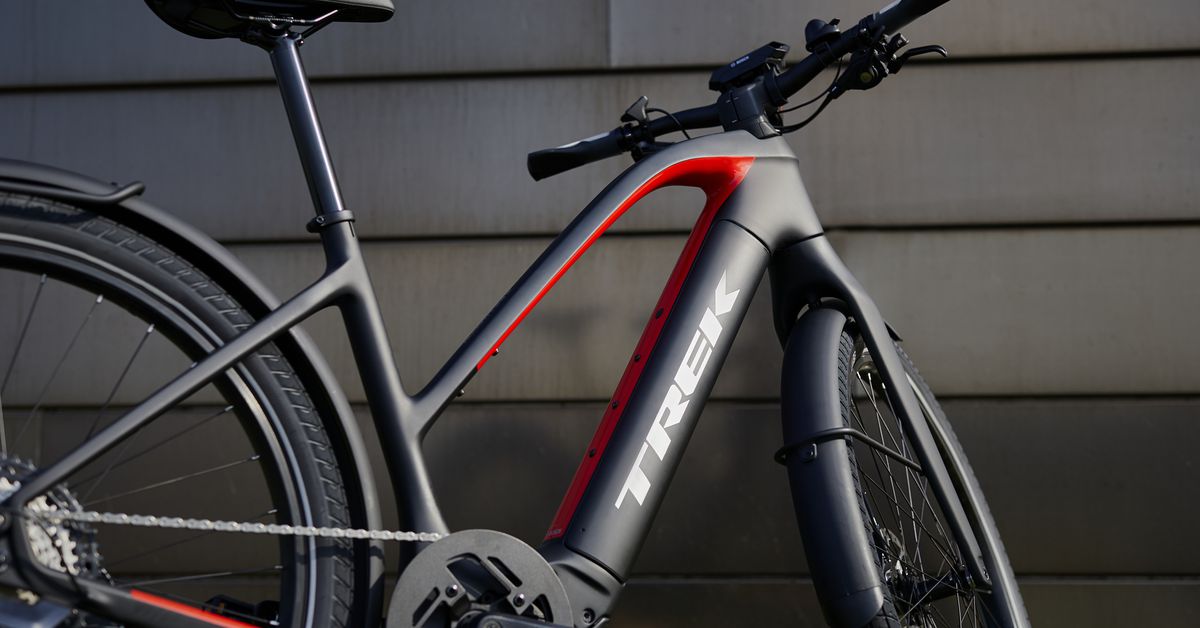 The bikes must be hitting stores soon if they are now available to the media.

@Court, I hope you have plans to review the bike soon!

Over50 said:
Several brief reviews have been posted in the last few days. A couple I didn't care for so much. This one was a little better than the other 2 I saw although it doesn't come close to an EBR review:

The bikes must be hitting stores soon if they are now available to the media. @Court, I hope you have plans to review the bike soon!
Click to expand...

Nice bike, but there are better options available for $6,000.
G

PLEASE, give me those, broken down, specifically, and compared. I'd be interested to see what compares, and the reasoning.
G

GuruUno said:
So, now that there is more info, I'm a bit confused. Initially, the specs for the weight of the bike was around 39 lbs. NOW the specs show it to be 51 lbs.!!!
(the 9.9 carbon Allant)
Click to expand...

The initial specs appear to be incorrect...
C

According to Trek's website, the 8s has a 625Wh battery: 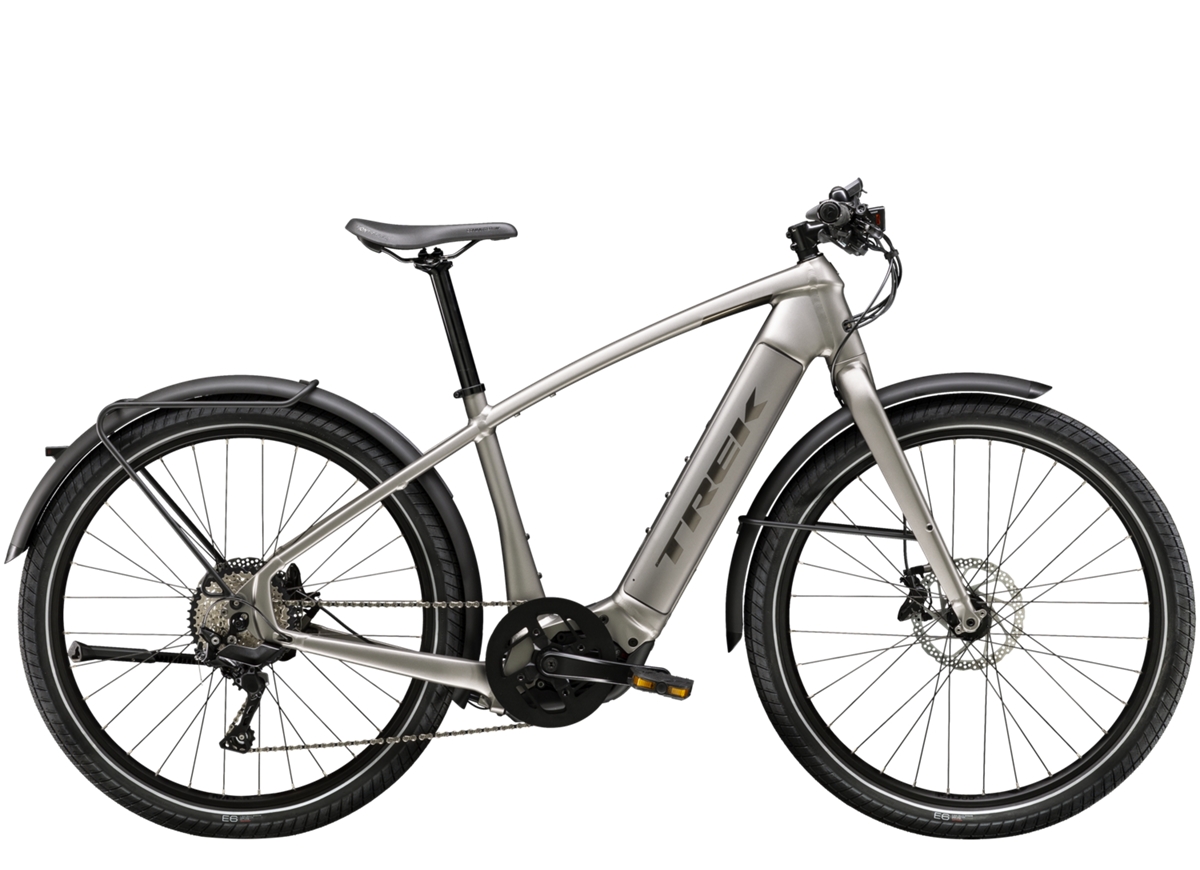 This was the picture that got my attention. I believe Trek doesn't have a model like this , a model with front suspension, carbon belt and igh or do they?
G

Johnny said:
This was the picture that got my attention. I believe Trek doesn't have a model like this , a model with front suspension, carbon belt and igh or do they?
Click to expand...

I too would be interested int that, as $6k vs $2.kk is huge if the motor and battery are the same

If I were you, I would go with the Allant 8S+ as it has the new Gen4 motor, 625whr battery and then install ....
a Kinect post,
a suspension upront,
and get some nice panniers and I would still be under $5K.
The extra $1K could be used for 4 years of service.

The ride quality on the 9.9 would certainly be better but the most important components on an E-bike are the motor and the battery and the Allant8+S has got the latest motor and battery + Kiox at $4.2K and that is a really good value.
G

Well, last week (Friday 9/13), Andrew Hawkins (The Verge) wrote an article specific to his experience after his test ride of the Allant 9.9 (link: https://www.theverge.com/2019/9/13/20864546/trek-bikes-allant-ebike-test-ride-speed-weight-price )
Well today (Sunday 9/15/19) I took a trek (eh!) to NYC to the very same store to test ride it. They opened at 11 AM, I chatted with 'Mike' who gave me the overview of the bike, I setup my Cobi app on my iPhone, and off I went for about 3 miles up 10th Avenue from West 72nd to West 103rd and back down Columbus Avenue to the Trek Store.
I'll in another post describe my opinions but to truly compare I need to ride the Allant 8S+ before I can say if it is a game changer or just a bunch of hype for the Smartphone Hub/application.

FYI, the bike was there for a Media Event and will be gone this week so I felt I needed to go try it out before waiting and getting overly anxious awaiting delivery on the ETA of November 25th by most dealers. Like I said, I still need to compare to the Allant 8S+ before I commit to either one but out the gate, it was very, very similar to my existing Super Commuter 8S +, and only being 1 pound lighter to me is not a "gotta have it" necessity. I can say that for what the Nyon vs the Cobi is, sure the Cobi has a ton of bells and whistles, but the gearset is what I need to compare before pulling the ripcord. And it's unknown to me if the Cobi is an optional upgrade from the initial and current advertising saying it's the Kiox (the current ad is misleading, as it shows both, and it's unknown which is stock and which is optional or what is supplied) "We reserve the right to make changes to the product information contained on this site at any time without notice, including with respect to equipment, specifications, models, colors, and materials." That's what they say.
Last edited: Sep 15, 2019
G

It is very difficult to give a 100% evaluation of the experience without actually having the opportunity to use the bike for a few hours, as I would normally have liked to have done, but due to many factors, I was unable to. Given that, I'd still have to say that the experience was similar to a Super Commuter 8S+ and maybe there was some difference in the way the motor responded and was quieter the current vintage than but to be fair, I'd like to at some point in the near future have the opportunity to have that opportunity as well as to try the Allant 8S+. I did notice that the trigger shifter was super, super hard to push to change gears and I know if the clutch is locked on the derailleur it is usually harder, but on my Super Commuter 8S+ I don't have the same level of hardness that the trigger shifter was on the Allante 9.9 in either position. Also there was a loud banging when going over bumps, etc., which MIke showed me after telling him about it was the rear fender mounting being loose at the bottom where it attaches near the middle of the frame behind the motor which is an easy fix. Some considerations or concerns are regarding my desire to use a Redshift ShockStop Suspension Stem if I were to buy the Allante (either model) and their new center cable routing design behind the stem with cover underneath. I don't see a way to use one without major hassles. Bummer. Also, the rear fender rack provisions identical to the Super Commuter 8S+ for only a pannier type bag is a downer. One might think provisions would be there to have those eyelets, but maybe not on carbon fiber, who knows. All in all it was a fun experience and before I plunk down $6k I'll surely arrange for an extended use prior to consideration of purchase. Again, I'll also really really like to try the Allant 8S+ just to compare one to one. I know the display is not the Smartphone Hub, but that should not be a deciding factor, for me anyway. Oh, and 51.5 lbs...why? the battery or: "Bike and frame weights are based off Trek pre-production painted frames at time of publication. Weights may vary in final production."?????

What's the difference between the Allant+ 8 and 8S?
G

The specifications are at the first page of this post. One of the obvious thing is a different battery and motor
G

Allant+8 one color only and these specifications ($3,999.99)
Frameset
Wheels
Drivetrain
Components
Accessories