What to do with 87 tons of e-bike batteries every year?

AMSTERDAM, the Netherlands – Last year in the Netherlands a big 87,000 kilogram of electric bicycle batteries was collected. The collection, recycling, treatment and disposal of batteries and accumulators are ruled at European level by Directive 2006/66/EC, also known as the battery directive. 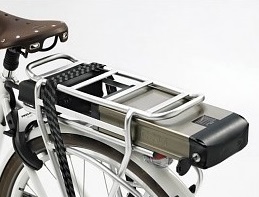 The collection of 87 tons of e-bike batteries is reported by Stibat; a Dutch non-profit organization for collecting and recycling discarded batteries. Consumers can dispose of their used and no longer proper functioning e-bike batteries by bringing them back to their retailers, who function as an collecting network that has been put up with support of Stibat in 2014. In virtually no time at all the organization proved being able to put up an effective means of gathering.

Specific Solution
Annually more than 200,000 new electric bikes appear on Dutch roads. Bicycle manufacturers and importers do have an intake duty, but they do not have the network to collect and process these batteries safely and responsibly. In cooperation with Stibat a collecting network through bicycle dealers has been established. The Stibat objective was to collect 80 tons of old and faulty e-bike batteries in the first year. The result surpassed that aim by nearly 9 percent.

EU Regulations for e-Bikes & Pedelecs
Batteries may contain metals such as zinc, copper, manganese, lithium and nickel, which present a risk to the environment and human health if they are incorrectly disposed of. As a consequence of this, the collection, recycling, treatment and disposal of batteries and accumulators are ruled at European level by Directive 2006/66/EC, also known as the battery directive.

This Directive also prohibits the placing on the market of most batteries and accumulators with a certain mercury or cadmium content.

The Directive applies to all batteries and therefore also includes the Lithium Ion (Li-ion) and Nickel Metal Hydride (Ni-MH) batteries commonly used in electric bicycles. These are classified as “industrial batteries”. Such batteries may no longer be incinerated or disposed of in landfills.

Here is an overview of the national collection schemes: http://www.rechargebatteries.org/html/recharge-recycling-addresses.html

by JACK OORTWIJN 5 Aug
You must log in or register to reply here.

Wednesday at 4:06 AM
CityExplorer
C